How Congress Can Fix the Iran Nuclear Deal 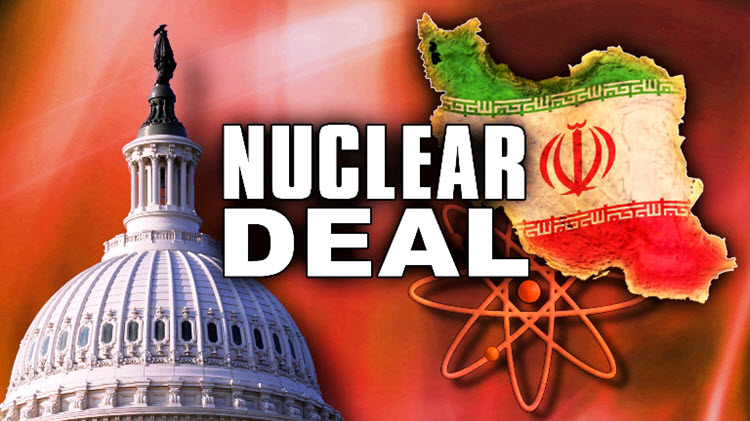 London, 30 Oct – It is now time for the US Congress to get on with the task of fixing the flawed Iran nuclear deal and amend any loopholes that the Iranian Regime can exploit in it.

This is perfectly within the remit of the US without violating the deal as it stands.

Some will argue that the deal is “working” and Iran is “complying”, while accusing Donald Trump of not decertifying Iran solely on their noncompliance with the nuclear deal.

Actually, they are half right. The deal is not working and there are numerous instances where Iran clearly violated the term or the agreement without being punished, but Trump did not decertify them for this reason alone.

There are many things that Iran has done in recent months that, while not covered in the terms of the deal, seriously violate the trust between the two nations and thereby violate the spirit of the agreement.

Iran’s launching of ballistic missiles, support for terrorist groups like Hezbollah, destabilisation of the Middle East through armed proxy groups like in Syria and Iraq, and its brutal human rights violations are some of the things that Trump may have considered a violation of the spirit of the nuclear deal.

Trump and many in Congress believe that the sanctions relief gained by Iran is not proportional to the security benefits gained by the US, which is why the deal needed amending.

Marie Donovan, a senior analyst for the Critical Threats Project at the American Enterprise Institute, who focuses on the Iranian Islamic Revolutionary Guards Corps (IRGC) and broader Iranian military and security issues, wrote on the Bangor Daily News: “The agreement is fundamentally flawed because it lifts meaningful constraints on Iran’s non-nuclear activities in the Middle East without requiring any concessions from Iran outside its nuclear portfolio.

Even the provisions of the deal are not that great as restrictions on providing advanced and offensive weaponry to Iran expire in 2020 and there are no restrictions on how Iran can spend the money they received as part of the deal and as such it was diverted into terrorism.

The US needs to confront Iranian aggressiveness and reworking the nuclear deal is a great place to start.

What should Congress do?

Donavon wrote: “Immediately withdrawing from the deal would be unwise. The ideal outcome for the U.S. is one that retains the restrictions on the Iranian nuclear program while also curtailing Iran’s other negative activities.”

There are a number of ways to curtail these negative activities, including:

• Impose sanctions on Iran’s ballistic missile program and regional activities (these additional sanctions would not violate the existing deal, no matter what the Iranian Regime claims)

VOA News: Reports that Israel may have carried out...

AFP: An Iranian convicted of murdering a soldier during...