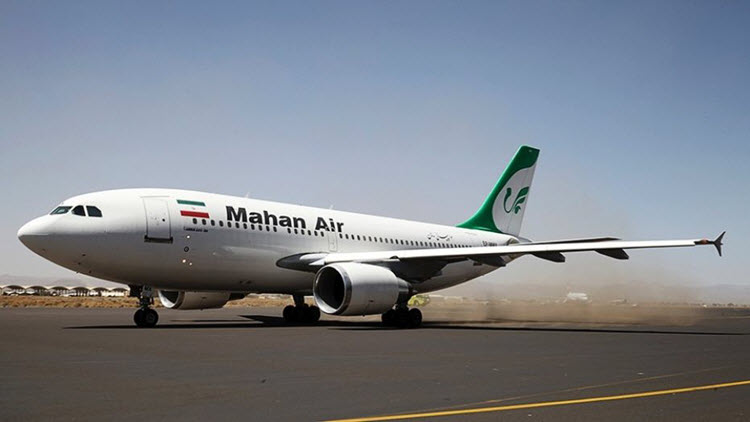 London, 9 Nov – Iran’s largest “private” airline company is actually being run by the Islamic Revolutionary Guard Corps (IRGC) and its militant Qods Force, according to a new report by the Iranian Resistance.

The National Council of Resistance of Iran (NCRI) stated that Mahan Air, dubbed Iran’s largest commercial airliner, is far from private or commercial. In fact, the airline company is a tool for the Iranian Regime’s interference across the Middle East, including supplying arms to proxy terrorist groups like Hezbollah, and transporting troops into Syria to fight on behalf of the Bashar Assad dictatorship.

Soona Samsami, the NCRI representative in Washington DC, told Fox News: “[Mahan] is primarily used by the IRGC in general and the Qods Force in specific in transferring forces and equipment and regional mercenaries such as Hezbollah to Syria and Lebanon. This airline has played the most active role in the past six years during the war in Syria for such transportations.”

While Heshmat Alavi, an Iranian political analyst and activist, said: “In short, Mahan Air is the pseudo name for ‘IRGC Air.’ This front carrier is a primary asset in the IRGC’s fuelling of Iran’s belligerence across the region. This includes transferring recruited Afghans and Pakistanis to provide foot-soldiers and cannon fodders in Iran’s campaign of propping the Assad regime in Syria.”

The report, titled “An IRGC Qods Force entity operating under the guise of a private company”, noted that Mahan Air is not merely cooperating with the IRGC and the Qods Force but actively owned and operated by them. All of those mentioned in the report hold high-ranking positions at Mahan Air, while being IRGC members.

Emanuele Ottolenghi, a senior fellow at the Foundation for the Defense of Democracies in Washington DC and an expert on Iran sanctions and its aviation sector, told Fox News: “Mahan CEO Hamid Arabnejad Khanooki and QF (Qods Force) Commander Qassem Soleimani are both Kermanis. And Arabnejad is a former IRGC commander. It is not a formal relationship, but is based on informal bonds or origin, militancy and ideology.”

This is obviously incredibly worrying as Mahan Air has 62 planes that fly to 41 destinations in 24 countries across Europe, Asia and Africa. In those locations, the planes could well be offloading the weapons or militants needed for the next terror attack.

Ottolenghi noted that an executive order signed by George W. Bush shortly after 9/11 gives the US powerful tools to confront this sort of terrorist activity by sanctioning any companies who do business with Mahan Air, from the companies who sell them aeroplane parts to ticket sales agents to the banks that manage their payments.

Reuters: Negotiations between Iran and six world powers on...