US Tough Line on Iran Is Being Implemented 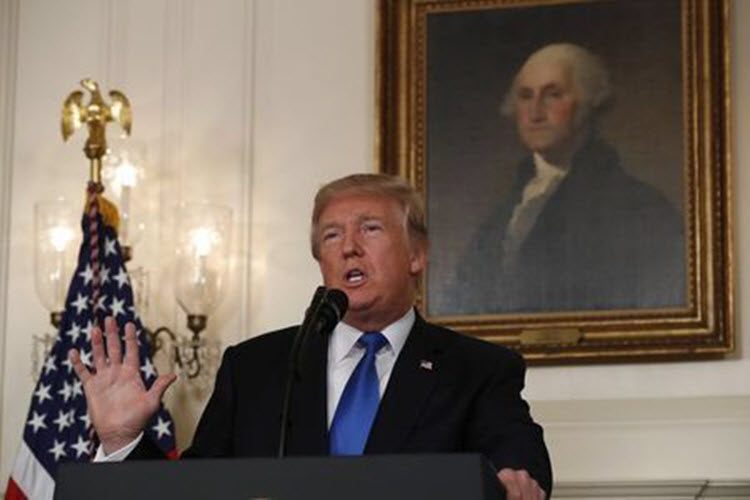 London, 30 Nov – According to several reports, the Trump administration has put a block on the country buying nuclear material from Iran. The policy started during the previous administration and was a way of trying to ensure that Iran stays compliant with the 2015 nuclear deal.

Towards the end of 2016, the Obama administration announced that the United States was going to purchase $8 million dollars’ worth of heavy water from Iran to make sure that it stays in compliance with the terms of the nuclear deal that imposes restrictions on the amount of heavy water it can have.

This caused a great deal of controversy in the national security domain and in Congress. Lawmakers raised their concerns, saying that the transaction, funded by taxpayers, had the potential of being classed as illegal.

The Obama administration paid $8.6 million for 32 metric tons of heavy water. Restrictions were placed on Iran because it is a nuclear by-product that can be made into weapons-grade plutonium.

The deal was done via a third party and the US administration would have made further purchases if necessary so that Iran could be classed as in compliance with the nuclear agreement.

However, this changed with the Trump administration announcing earlier this week that these transactions would no longer be possible, showing that the president is very keen to ensure that no US funds are given to Iran.

Some say that the multi-million dollar payment for the heavy war was part of an incentive package to get Iran to keep complying to the terms of the deal. During Obama’s time in office, a number of lawmakers made attempts to find out more about the deal, but each time they were stonewalled by administration officials.

White House officials have said that Iran is now aware that no one else is responsible for its compliance with the deal – it is Iran’s sole responsibility.

Rep. Ron DeSantis (R., Fla.) spearheaded a bill that was approved by House lawmakers in May this year to outlaw future purchases of Iranian heavy water by the United States. DeSantis was one of the opponents of the nuclear deal and said at the time that it was a “bad” deal that would inevitably “significantly degrade our national security”. He also said that the nuclear deal gives Iran, and specifically Supreme Leader Ayatollah Khamenei, “exactly what he wants: billions of dollars in sanctions relief, validation of the Iranian nuclear program, and the ability to stymie inspections”.

He also said that former President Barack Obama was giving Iran better treatment than Israel, pointing out that Iran has done nothing to deserve so many concessions.

The shift in policy is very promising and it is showing Iran that the US administration is taking a tough line against the Iranian regime and its belligerence.

By no longer paying for Iran’s excess heavy water, the Trump administration is making it clear that it will no longer be open to bribes and extortion as it was deliberately producing too much heavy water.

AFP: A US Web security firm cited in a...