Iran to Send Warship to the Gulf of Mexico 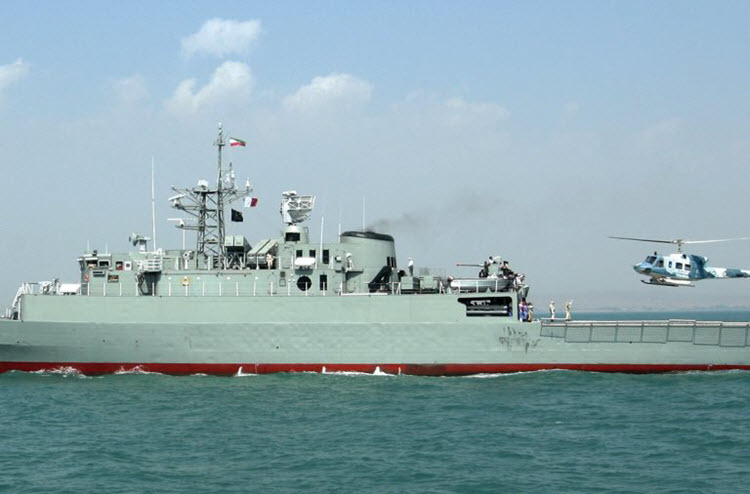 London, 30 Nov – Iran will send a fleet of warships to the Gulf of Mexico in order to strengthen their ties to terrorist groups in several South American states, the commander of Iran’s navy said on Tuesday to Iranian state-run media outlets.

Rear Admiral Hossein Khanzadi, who only recently assumed his post, said that the warships would be deployed to the area, via the Atlantic Ocean, despite what he claims are US objections.

He said: “[Our fleet] will berth in the friendly states in Latin America and the Gulf of Mexico in the near future by deployment in the Atlantic Ocean.”

Khanzadi said that Iran wants to send a message to Donald Trump.

He said: “The Americans had somewhere said that the Iranians cannot sail 9,000 miles from Bandar Abbas to the Gulf of Mexico, given their capabilities, but we will certainly prove them this capability and will contact our friends [in South America].”

He continued: “We are not faced with any restriction for deploying in the seas, and anywhere we feel that we have interests to develop ties. We will certainly deploy there and we enjoy this power too.”

It is believed that the Iranian Regime, in a series of provocative moves, is attempting to rattle the Trump administration as payback for a change in policy that is tougher on the Regime. Well an Iranian naval presence so close to US soil will undoubtedly put the US on alert.

The US State Department has refused to comment on this announcement as of yet.

This increased presence in international waters, is happening at the same time that Iran is deploying further military assets to Syria, Yemen, Lebanon, and other countries across the Middle East, in an attempt to destabilise the region and take control.

This follows a call by Iranian Supreme Leader Ali Khamenei to increase the Iranian military presence in international waters. During that message, Khamenei revealed that Iran is working to produce more advanced military equipment, which could pose a threat to regional and international security.

He said: “The navy is more advanced and capable compared with 20 years ago but this level of advance is not convincing and a high-speed move should be pursued with determination, high morale, lots of efforts, innovation, and action.”

Former Pentagon official Michael Rubin said that these military pursuits were partly funded by the hostage payments made by the US in 2016 to ensure the safe release of American service personnel.

He said: “As the Islamic Revolutionary Guard Corps’ [IRGC] ground forces have had to focus more on internal security inside Iran, the Iranian regime has turned to two organizations to conduct operations abroad: The Quds Force is in charge of terrorism and propping up proxy forces in places like Syria, Lebanon, and Iraq; and the IRGC Navy is in charge of projecting power and showing the flag.”

He also said that by putting warships in the Atlantic, Iran would be boosting its military propaganda and solidify alliances with America’s enemies.

He said: “By sailing into the Atlantic or even the Gulf of Mexico, they can not only win a propaganda coup for their domestic audience but, on a more strategic level, they can demonstrate and cement their logistical alliances with countries like Cuba and Venezuela.”

AFP: Two Iranians and a Kuwaiti national, all serving...