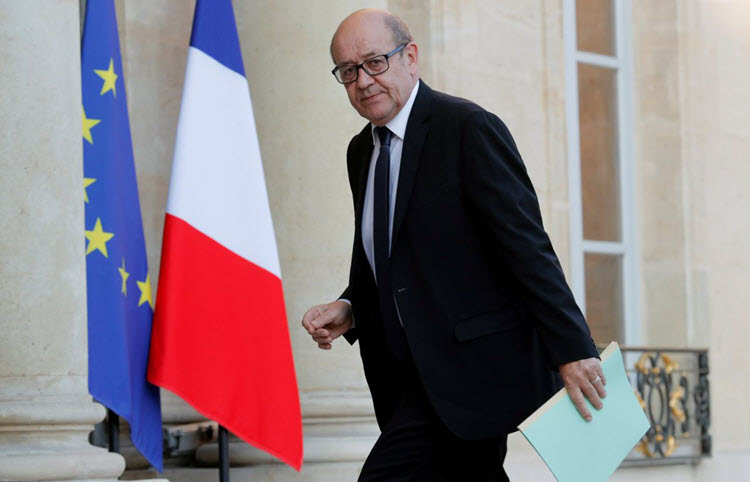 London, 01 Mar – Jean-Yves Le Drian, the Foreign Minister of France, said that Iran’s ballistic missile program is a grave concern to his country and he wants to ensure that it is not going to become an issue that will threaten Iran’s neighbours. He said that there is a huge risk factor surrounding the country’s missile program and he wants to ensure that steps are taken to counter it.

“There is a risk, and everything possible needs to be done to avoid this risk and take the necessary measures so that this ballistic threat is not such for all regional actors.”

Speaking in Moscow with Sergei Lavrov, the Russian Foreign Minister, Le Drian said yesterday that the security in the whole of the Middle East risks being undermined.

With regards to how he is going to tackle the problem, he promised that Iran’s ballistic missile program would be brought into discussion when he visits Tehran in a few days. Le Drian said that it is important to “maintain an open dialogue” and that he will encourage discussion about their disagreements.

At the minute, the 2015 Iran nuclear deal is in jeopardy. Despite his many threats to pull out of the agreement, and despite the fact that he decertified Iran’s compliance last October, US President Donald Trump has kept the US in the deal. However, he has given his European allies one last chance to make sure the flaws in the deal are fixed.

He has said that the clauses that put an expiry date onto certain points of the deal – the “sunset” clauses – must be removed. Trump has also criticised the poor access to military and nuclear sites clauses in the deal. As it stands, the United Nations’ nuclear watchdog that is in charge of monitoring Iran’s compliance with the deal – the International Atomic Energy Agency (IAEA) – must give Iran prior notice before accessing a suspect site. Clearly this is pointless because it gives Iran the opportunity and time to remove suspect materials.

Although European leaders have been reluctant to speak as openly and as critically of the Iran nuclear deal as President Trump has, none have actually said that they believe the deal is strong.

President Trump now has the opportunity to make the deal stronger, otherwise he has promised that the United States will pull out. The EU is keen to keep the deal intact, so it is likely that it is taking Trump’s comments seriously. The deadline is May.

This is certainly the case for France that is taking steps to address the Iran’s ballistic missile program – another major point that President Trump wants addressed.

At Moscow this week, Le Drian and Lavrov both emphasised that they support the 2015 nuclear deal.

Although the IAEA has said that Iran is technically compliant with the deal, Trump has argued that Iran is violating the spirit, especially through its ballistic missile program that it is using to circumvent nuclear restrictions. Iran, of course, denies this, but we know that Iran cannot be taken for its word.

Iran and Tunisia may set up joint steel plant

New York Times: Iran is willing to talk with...