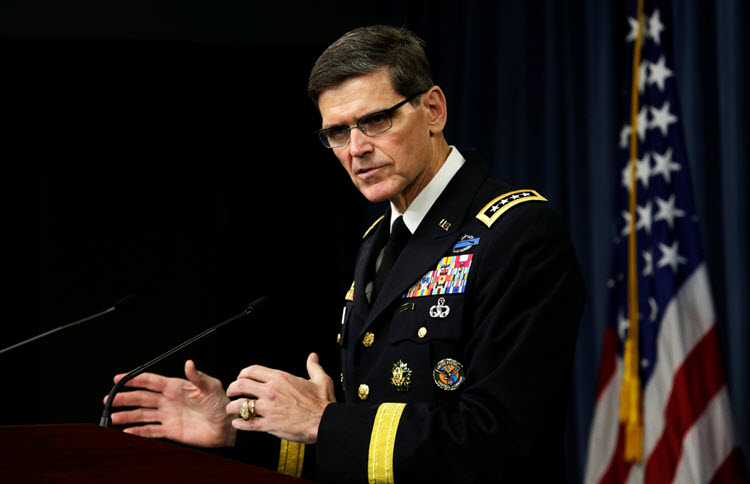 London, 01 Mar – General Joseph Votel, the United States’ top general who is in charge of the US Central Command, has said that Iran has been increasing its investments in terrorist and militant groups across the whole of the Middle East in the few years since the nuclear deal took effect.

Speaking to lawmakers on the House Armed Services Committee, General Votel said: “What it took 20 years for Iran to do in Lebanon with the Lebanese Hezbollah, they’re attempting to do in about five years with the Houthis in Yemen. They’re accelerating their pace and their ability to do this.”

He was asked whether he believes that Iran has increased, decreased or maintained its level of investment in various proxy groups since the 2015 nuclear deal came into force. He responded: “I would characterize it as an enhanced investment in their proxies and partners.”

Iran is known for spreading terror and chaos across the region and it is investing heavily in proxy groups and militias. Iran is also working on its land bridge that would enable it to transport weapons and personnel straight to the Mediterranean.

As well as using regional proxies to fuel local conflicts, Iran also has a network of international operatives that is supports, not just financially, but with weapons, tactics, training, and so on. A recent assessment by the intelligence community indicated that Iran has operatives across the globe “as a contingency to enable potential terrorist attacks”.

He added: “Like we go out to China Lake to test our weapons systems, they go to Yemen to test their weapons systems. They are taking advantage of these opportunities to improve their capabilities around the world. I definitely am concerned about this.”

Iran is turning to meddling abroad because it is desperately trying to keep its grip on power following the recent protests at home. At the end of December last year, the people took to the streets to protest against the dire economic situation. However, the discontent quickly turned into calls for regime change and anti-government demonstrations.

The people know that regime change is the only remaining option. Despite claims that the Rouhani government is moderate and that the nuclear deal would result in great economic change, this is not the case. The situation in Iran has been getting worse for years and there is no going back for the regime. The people want change.

Reuters: Iran said it was in touch with world...

Reuters: A week-long strike against a new value added...