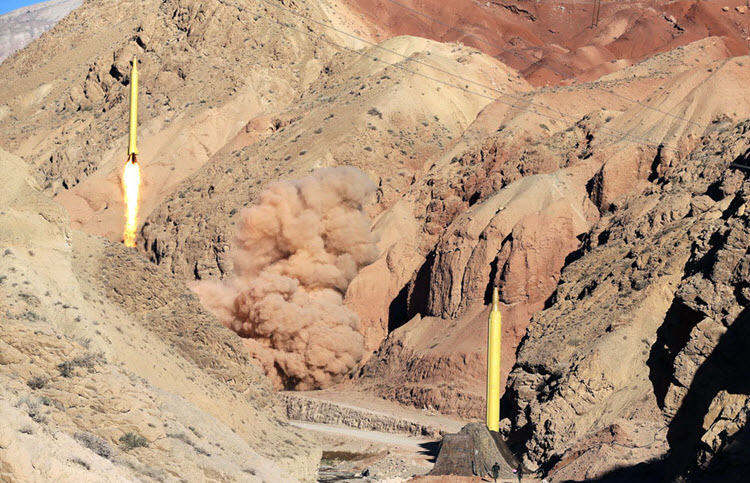 London, 09 Mar – Iran is currently building up its ballistic missile programme and raising concern about the possibility of a “second Holocaust”, whilst the Donald Trump administration is undertaking sensitive international negotiations, according to sources familiar with the ongoing diplomatic talks.

The US and Europe are currently discussing potential fixes to the flaws of the 2015 Iranian nuclear deal, but sources report that the Trump administration may be about to agree to fewer restrictions on Iran’s ballistic missile programme than they wanted to, in order to preserve the deal and appease Europe who still wants to trade with Iran.

When Trump announced a May 12 deadline to fix the flaws in the nuclear deal, he stated that he would withdraw the US from the deal if his demands were not met in full, including the closure of Iran’s ballistic missile programme.

While some Trump officials are still reporting that the US will withdraw from the deal if the original demands are not met, others are worried that the US is losing ground and will fail to make any substantive changes to the nuclear deal.

One foreign policy official, who spoke on the condition of anonymity, said: “If Trump doesn’t take control of these negotiations, he will be to Iranian missiles what Obama was to Iranian enrichment. Combined, Obama and Trump’s negotiators could end up giving us a bipartisan Iranian nuclear weapon capable of bringing a second Holocaust. What does it say that Donald Trump’s negotiators have a weaker position on Iranian missiles than the United Nations?”

The State Department refused to comment, but did report that the issue of Iran’s long-range ballistic missiles is still on the table. Unfortunately, Iran can already hit many targets in the Middle East with its shorter-range missiles.

One senior congressional official, who could not speak on the record, was horrified by this change in pace by the Trump administration.

They said: “Is the U.S. negotiating position really going to be watered down from the standard laid out in [the United Nations Security Council resolution]? We need to address the Iranian ballistic missile threat as it appears today, and ensure Iran does not have a free pass to potentially test and acquire ballistic missiles that can be used to rain nuclear bombs down on Riyadh and Jerusalem.”

Meanwhile, the US intelligence community is increasingly concerned about Iran’s ballistic missile stockpile, which is among the largest in the Middle East, and how it has grown since the nuclear deal was signed.

The US director of national intelligence, Daniel Coats, recently said: “Tehran’s desire to deter the United States might drive it to field an [intercontinental ballistic missile]…Iran continues to develop and improve a range of new military capabilities to target U.S. and allied military assets in the region, including armed UAVs, ballistic missiles, advanced naval mines, unmanned explosive boats, submarines and advanced torpedoes, and anti-ship and land-attack cruise missiles. Iran has the largest ballistic missile force in the Middle East and can strike targets up to 2,000 kilometres from Iran’s borders.”

This is worrying because, despite a UN resolution, Iran has vowed never to give up its ballistic missile programme.

Iran’s Attacks on the Environment

The Iranian government has been condemned for human rights...