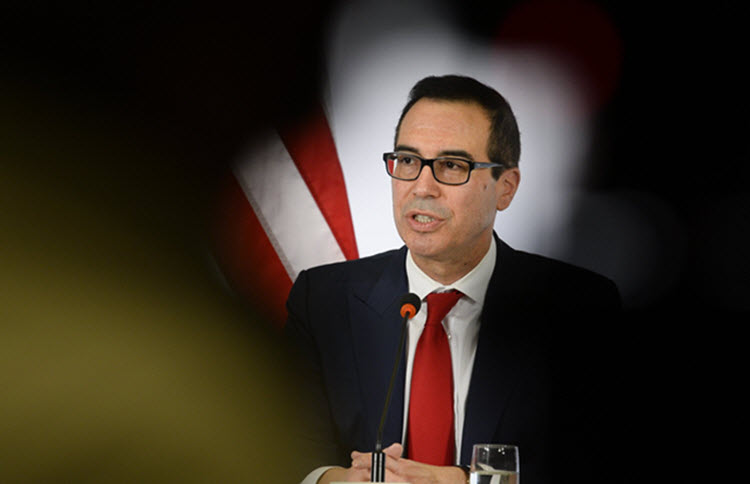 London, 13 Apr – The United States Treasury Secretary Steven Mnuchin has hinted at “very strong” US sanctions on Iran as the final deadline for the 2015 nuclear deal between Tehran and world powers approaches.

During testimony before a House of Representatives appropriations subcommittee on April 11, Mnuchin said that these measures would include sanctions against Iran and also any entities that do business with the nation. He said that these sanctions would strongly affect the Iranian economy.

After the hearing, Mnuchin said that the US was considering both a fresh round of sanctions, as well as the return of sanctions that have been waived every three months since the nuclear deal was signed.

Back in January, Donald Trump set a May 12 deadline on the nuclear accord. He asked Congress and the European signatories to the deal to address the “disastrous flaws” in the agreement or he would withdraw the US from the deal.

Trump said that Iran had violated the spirit of the nuclear deal by testing ballistic weapons and continuing to support terrorists. He wanted the deal to be amended to include restrictions on Iran’s ballistic missile programme, increased access for international inspectors, and an end to the ‘sunset clauses’ that would allow Iran to legally develop nuclear weapons in a matter of years.

The deal removed crippling economic sanctions on Iran in exchange for limits on its development of nuclear weapons, but many cite that Iran has not kept to its end of the deal, even though the restrictions were incredibly minor.

According to Mnuchin, Trump “is very concerned about Iran’s behaviour” and “wants to have a better deal” which would include these increased restrictions. He said that the Trump administration was in close contact with US allies and wouldn’t act “abruptly”.

The leaders of the France, Britain, and Germany – the three European countries to sign the nuclear deal – are fighting to get the EU to agree on new sanctions against Iran’s missile programme and the Supreme Leader’s personal army, the Islamic Revolutionary Guards Corps (IRGC), to convince the US to stay in the deal.

The EU foreign ministers will meet in Luxembourg on April 16 to discuss this issue, but some sources indicate that Austria, Italy, and Sweden are reluctant to agree.

Meanwhile, Iranian President Hassan Rouhani issued a threat that the US “will regret it” if they withdrew from the deal, claiming that Iran is prepared to retaliate – presumably restart their nuclear weapons development – “within a week”.

Tanzania confirms it re-flagged 36 Iran ships, to deregister them

Reuters: Tanzania said a shipping agent based in Dubai...

Iranians go for gold amid inflation and currency fears