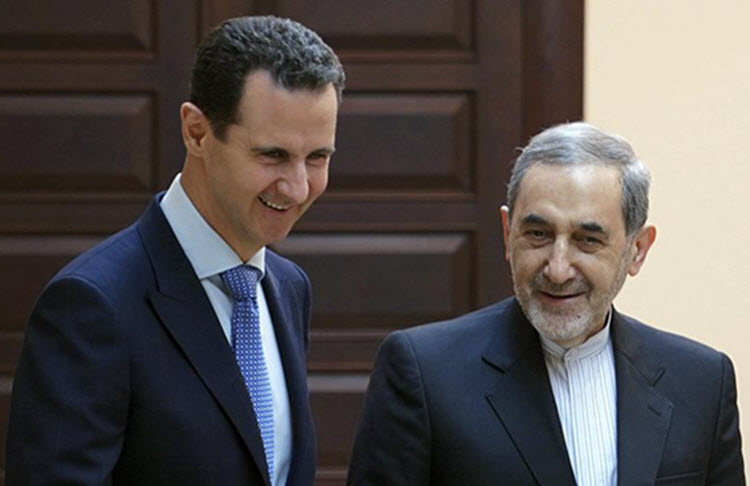 London, 13 Apr – It is well known that Russia has been supporting the Bashar Assad in Syria, but this year they have started to withdraw troops and turn a focus to domestic matters.

Why? Well, they don’t have the military force needed to threaten American or Israeli forces in the Levant and they see the benefits in leaving now.

Iran is a much different story.

Thanks to the disastrous 2015 nuclear deal, Iran has been able to sink billions of dollars into its proxy militias, i.e. the Lebanese Hezbollah and the Iraqi Popular Mobilisation Forces (PMF), in order to pay them to prop up the Assad in Syria.

Iran has proxy militias all over the Middle East, which makes its military capability incredibly worrying. Add to this, Iran’s malign ballistic missile programme – which has already been used to strike Saudi Arabia on multiple occasions, by way of Yemeni proxy militia the Houthis – and you can see very real problems.

After all, if Assad is willing to use chemical weapons on unarmed Syrian people – which Iran funded and almost certainly ordered – why would Iran hesitate to use ballistic weapons against Israel or the US?

The biggest problem for the US in the Middle East is not Assad or ISIS, it’s Iran and its malign interference in almost every nation-state; instituting proxy militias, stirring up sectarian violence, and taking control of governments to use them as vassal states.

L. Todd Wood, a former special operations helicopter pilot and Wall Street debt trader, wrote on the Washington Times: “I believe recent incidents we have seen around the world are all directly related to the Trump ascendancy and the resurgence of American power. Rivals have resorted to asymmetric warfare: nerve gas attacks in London, the chemical attack in Syria, the flying of Syrian drones into Israeli airspace, the rockets flying again from Hamas in Gaza. They are all are part of an effort to remind Washington that our adversaries can strike in other ways — ways that are harder for us to defend against.”

Wood applauded the idea that Trump would withdraw the United States from the 2015 Iran nuclear deal, which actually allowed Iran to continue their nuclear development in secret, and impose strict sanctions on Iran. He advised that sooner or later, America’s enemies would realise that Trump was serious about relocating and that once that happened, the world would see peace.

In Brief: Total to continue activities in Iran