Europe Scrambles to Save Iran Deal, but Won’t Agree to Flaws 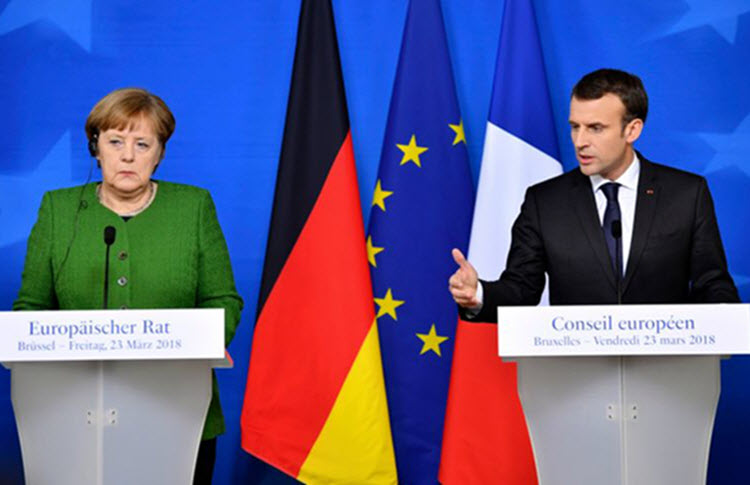 London, 17 Apr – With Donald Trump’s final deadline on the Iran nuclear deal fast approaching, European leaders are scrambling to save the Joint Comprehensive Plan of Action (JCPOA) through last-minute meetings with Trump, rather than actually agreeing to fix the flaws of the deal.

In late April, both French President Emmanuel Macron and German Chancellor Angela Merkel will visit the White House to persuade Trump to change his mind about the fate of the nuclear deal, but this will not work.

Trump made up his mind to withdraw in January when he set this deadline and he has even since restacked his cabinet with people, like new Secretary of State Mike Pompeo and new national security advisor John Bolton, who see the same flaws in the Iran nuclear deal as Trump does.

Unless those flaws are agreed upon by US, British, French and German negotiators, then Trump will withdraw. But considering that negotiators have failed to unilaterally agree on any of the flaws, a fix does not look likely.

Two senior US officials, who were not allowed to comment publically on the deal, said that the sides were “close to agreement” regarding insufficient inspections of suspected nuclear sites and Iran’s continued ballistic missile testing, but nowhere near to an agreement on the so-called “sunset provisions” that allow Iran to resume advanced nuclear work in 2024.

The European leaders want to protect this deal because it provides a great deal of economic benefit to companies that are trading with Iran, but they should be wary of selling out global security for the cost of some aeroplanes and computer technology.

Iran has threatened time and time again that any attempt to renegotiate the deal, reimpose sanctions, or withdraw from the deal, will lead to them restarting nuclear activities within a week.

Of course, that should set off alarm bells that Iran is not as committed to the deal as they promised. How else could they restart in just four days?

Simply, Iran has never been fully committed to the deal and has been secretly working on their nuclear programme since the deal was agreed.

This does not deserve a soft touch, but rather firm action. International sanctions and condemnation of Iran for not just its nuclear programme but also for its ballistic missiles, support of terrorism and the suppression of the Iranian people.

Eased sanctions only a small help to Iran’s economy: US

AFP: The partial easing of sanctions on Iran in...