Future of the Iran Nuclear Deal 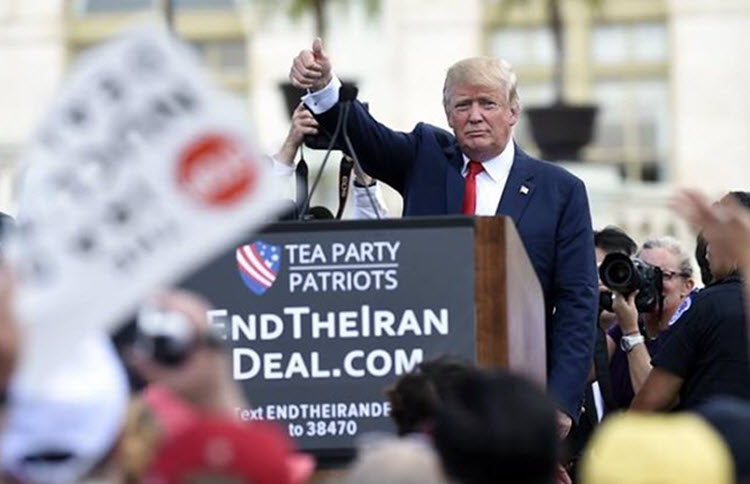 London, 25 Apr – The 2015 Iran nuclear deal was made with the Islamic Republic, the United Kingdom, the United States, China, France and Russia – the five permanent members of the United Nations Security. Germany and the European Union were also involved.

The deal was seen as the main foreign policy achievement of former president Barack Obama but it has been highly controversial – both at the time of negotiations and now.

Iran was relieved from many crippling sanctions in numerous areas including energy, trade, finance and technology. It promised, in return, to curb its nuclear program and export most of its bomb-making material. There were also monitoring clauses included.

The deal is controversial because some believe that Obama gave Iran too many concessions. It appears that the Islamic Republic was able to dictate a lot of the terms, for example, the ballistic missile program which Iran argued was outside the scope of the deal because it is a non-nuclear issue. Current US President Donald Trump argues that this was a foolish mistake because Iran has now developed, and is flaunting, its ballistic missiles that have been developed, some of which are capable of carrying a nuclear warhead.

There are numerous weaknesses and loopholes in the deal and Iran has been exploiting them. One such example is the inspection process which states that Iran must be given advance notice before any suspicious site is visited by the nuclear inspectors. Giving advance warning about inspections essentially renders any visit pointless.

Critics of the deal also point out that Iran’s regional activities have not been addressed. Iran is involved in countless conflicts in the region and it has a huge number of foreign fighters working on its behalf via militias and proxy groups spread across the whole region.

On the other side of the argument, European leaders are especially keen to preserve the nuclear agreement. France and the United Kingdom have urged President Trump to remain in the deal.

Chancellor Angela Merkel said that even though the deal is flawed, it is better than having no deal in place and vowed that Germany would keep a close eye on Iran’s compliance. The French President Emmanuel Macron echoed this statement and claimed that, in the absence of an alternative, the imperfect deal should remain in place.

The European Union officials are largely of the same opinion. Numerous officials have applauded the nuclear deal for opening the way to new trade, business and investment opportunities.

However, Iran’s compliance with the terms of the deal is questionable and its belligerence in the region is very worrying. It is involved in some horrific war crimes and had committed crimes against humanity at home. Iran is meddling in the affairs of other nations and its belligerence is out of control.

Furthermore, following the domestic unrest that erupted at the end of last year, Iran is becoming more and more desperate – something that makes its behaviour even more dangerous. Before the deal is preserved, some very important issues need to be addressed.

New York Times: The single most influential man in...