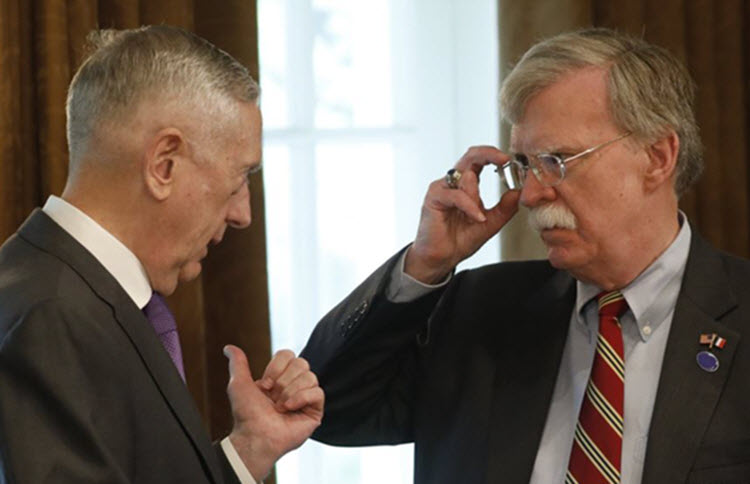 London, 10 May – The United States will continue to work with its allies to ensure that the Iranian Regime does not acquire a nuclear weapon even after withdrawing from the 2015 nuclear accord, according to US Defense Secretary Jim Mattis on Wednesday.

Before a Senate Appropriations Committee hearing, Mattis said: “We will continue to work alongside our allies and partners to ensure that Iran can never acquire a nuclear weapon, and will work with others to address the range of Iran’s malign influence. This Administration remains committed to putting the safety, interests, and well-being of our citizens first.”

He made these comments just one day after Donald Trump withdrew from the Iranian nuclear deal, also known as the Joint Comprehensive Plan of Action (JCPOA).

Tearing up the Iran deal and reinstating sanctions on the country was one of Trump’s most prevalent campaign promises.

In January, he issued a final deadline of May 12 on the deal and urged the European signatories to the deal (Britain, Germany, France, and the European Union) to fix the flaws in what he called the “worst deal ever”.

The fixes that Trump wanted included:

• more push back on Iran’s malign military adventures in the Middle East, including in Yemen and Syria

When these fixes were not agreed, Trump had no choice but to withdraw from the Iran nuclear deal as he had promised.

In the days prior to Trump’s decision, French President Emmanuel Macron, German Chancellor Angela Merkel, and British Foreign Secretary Boris Johnson, all visited the US to try and make Trump stay in the deal, but Trump stuck to his guns.

Importantly, this withdrawal from the nuclear deal does not mean that the US will be going to war with Iran, according to National Security Advisor John Bolton on Tuesday.

He told reporters that anyone who believes that will lead to war is “badly mistaken” and that the White House was looking to work with its allies to address all of Iran’s malign behaviour, including those mentioned by Trump in January.

Bolton said “We’re prepared, along with the Europeans and others, to talk about a much broader deal addressing all of the aspects of Iran’s conduct that we find objectionable… We’re prepared to do that beginning right now.”

$200,000 Stolen From Iranian MP Raises Questions About How He Got the Money