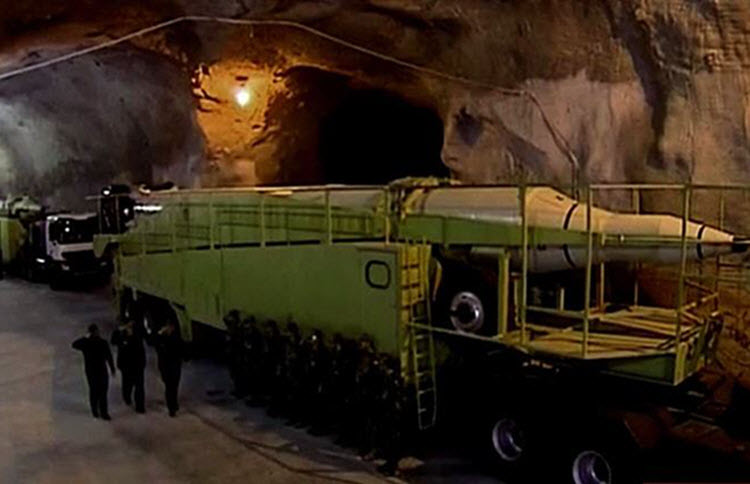 London, 23 May – Weapons researchers in California have discovered that Iran built a secret missile research facility in the desert in 2011, which is currently being used for Iran’s illicit missile programme, through watching Iranian television programmes about military scientist General Hassan Tehrani Moghaddam.

The researchers, from the nonpartisan Middlebury Institute of International Studies, spent weeks examining satellite photos of the Shahrud facility, following their initial discovery and they now believe that Iranian scientists there are working on advanced rocket engines and rocket fuel, often in the dead of night.

Ground scars, patterns scorched into the earth following missile launches, and heavy traffic in the remote area, have proven to the researchers that missile research must be taking place.

Jeffrey Lewis, who leads the California-based team that uncovered the facility, predicts that the Shahrud facility can produce three rockets per year. While not incredible in comparison to other countries, this still presents a threat.

While possible that Iran is only using the facility to create medium-range missiles (despite already having them) or a space programme, the researchers say that their analysis strongly suggests Iran is developing long-range missiles with which they could threaten Europe or the US.

Lewis said: “We’ve stumbled onto this programme that was much closer to being done than we’d realized.”

After all, in a 2014 interview Revolutionary Guards officer Majid Musavi, who is thought to be Mr. Moghaddam’s successor, said that scientists were not allowed to produce missiles that could go further than 2,000 kilometres. That range would not be suitable for space flight.

Even the focus on solid-fuel engines suggests that these engines are not being created for any space programme, according to David Wright, a missile expert at the Union of Concerned Scientists.

He said: “If the goal is to launch satellites, it makes more sense to use liquid-fuel rockets. [Solid fuel has few civilian applications, but is] a convenient way to also develop the technology for a solid ICBM.”

The findings were turned over to outside experts who agreed, after an independent review, that Iran was likely developing long-range missile technology.

Michael Elleman, a missile expert at the International Institute for Strategic Studies, said: “The investigation highlights some potentially disturbing developments… [It could show preliminary steps] for developing an ICBM five to 10 years down the road.”

Lewis concluded that whilst Iran is currently incapable of delivering a functional long-range missile, they may well ramp up their progress in the coming months.

The enduring short-sightedness of Iraq policies

Al Jazeera: Excessive optimism about Iraq and its neighbours has...

The Hill: Unspeakable torture and a high possibility of...