Father of Iran’s Nuclear Bomb Is Shrouded in Mystery 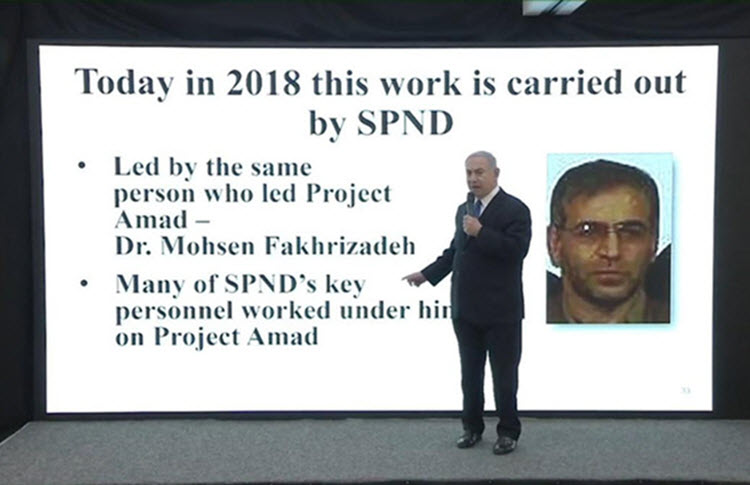 London, 23 May – He’s been described as the father-to-be of Iran’s nuclear bomb, but Dr Mohsen Fakhrizadeh is a fairly mysterious figure.

Not much is known about the man that poses such a great threat to the world and until Israeli Prime Minister Benjamin Netanyahu held a press conference about the Iranian nuclear threat in April and produced a photo of the doctor, no one really knew what he looked like. Even the International Atomic Energy Agency has been consistently refused an interview with him.

The reason for the secrecy surrounding the physics professor and brigadier general in the Iranian Revolutionary Guards Corps (IRGC) is that the government has created a shield around him to protect him from Israeli assassins after several nuclear scientists in Iran were killed.

The centre’s name was changed to the Institute of Applied Physics (IAP) to continue their covert nuclear research. Fakhrizadeh’s work officially stopped in 2003, but it never actually stopped, it just went further underground. He was even named on an IAEA document in 2011, citing his continued research.

In 2013, Fakhrizadeh flew to North Korea (under the alias Dr Hassan Mohseni) to observe their missile test and work more closely with the North Korean nuclear scientists. He is also on the UN sanctions list and subject to travel restrictions.

Now that the US has walked away from the Iran deal, the Trump administration has insisted on stringent sanctions design to bring Iran to its knees and allow the people of Iran to take over. The US is prepared to negotiate a new deal, but as Secretary of State Mike Pompeo made clear in his recent speech, the US has certain demands for Iran, including:

• giving IAEA inspectors full access to facilities throughout the country

Middle East Expert Tony Deheaume wrote: “So, should Iran out of arrogance and pride, decide to restart its nuclear program, with Fakhrizadeh once again at its head, the certainty is that what starts out as stringent economic sanctions by President Drumpf, will eventually end in a bombing campaign against Iran’s nuclear installations. Until that time, the world will be holding its breath.”

The Hill: Hitler’s drive for expansion was encouraged, especially...

Iran’s nuclear program must be stopped at all costs: Asselborn

AFP: The world community must "do everything" to stop...