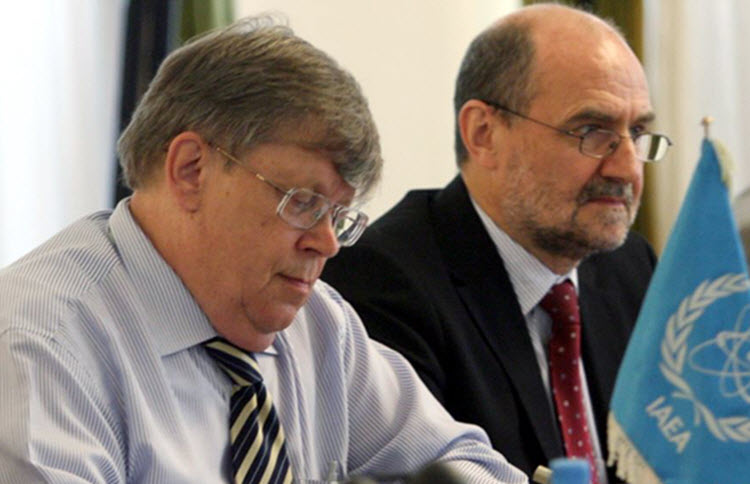 London, 23 May – The Joint Comprehensive Plan of Action (JCPOA), also known as the Iran Nuclear Deal, has several problems, according to a former senior official of International Atomic Energy Agency (IAEA). One of them is that it does not call for inspection of Iran’s military facilities. Because the military side in Iran’s nuclear program is dismissed by the agency that oversees Iran’s commitments, the reports are less transparent.

Former Deputy Director General of the International Atomic Energy Agency (IAEA), and head of its Department of Safeguards, Dr. Olli Heinonen, who is currently a Senior Advisor on Science and Non-proliferation at the Foundation for Defense of Democracies, said in a interview, “In its latest report released on February 22, IAEA said that it has been verifying and overseeing Iran’s commitment to the JCPOA.” He did not explain how does IAEA evaluates Iran’s commitment now, saying that “such an elaboration should be made by IAEA.” Iran has said repeatedly that it will not allow IAEA to inspect its military establishments, which according to Heinonen, is against the Comprehensive Safeguards Agreement Iran has signed with the IAEA separately.

With his announcement on Monday, May 21st, during a speech at the Heritage Foundation, US Secretary of State Mike Pompeo announced that Washington will to impose “the strongest sanctions in history” if Iran does not change course. Twelve conditions for a new nuclear deal with Iran were set out by Pompeo. Three of them were linked to Iran’s nuclear program:

The JCPOA contained none of these conditions, and allowed Iran to do limited enrichment and prevent inspection of its military establishments. The JCPOA also focused on Iran’s current actions, not its past or future behavior.

Heinonen points out that “Iran continues enrichment while there are no markets for Iran’s enriched Uranium abroad, and there is no need for the product inside the country at the time being.” He also says that the agency’s tone in its evaluation of Iran’s nuclear program was more transparent before JCPOA was signed. “The IAEA cannot keep Iran away from nuclear weapons completely and forever,” he said.

Meanwhile, Iran’s nuclear chief Ali Akbar Salehi threatens that Iran can resume enrichment at the 20% level if Europe fails to secure Iran’s interest based on JCPOA.

However, Heinonen says, “If Iran violates the JCPOA it will lose Europe’s support.”

He added that if Iran does not respond to the IAEA’s questions regarding evidence of a nuclear weapons plan, its commitment to JCPOA would be in doubt, leading to concerns about violating the Non-Proliferation Treaty. He suggests that Iran address the questions and end to this.

Reports that accuse it of having a nuclear weapons program are usually denied by Iran.

AP: President Barack Obama said Wednesday that there are...