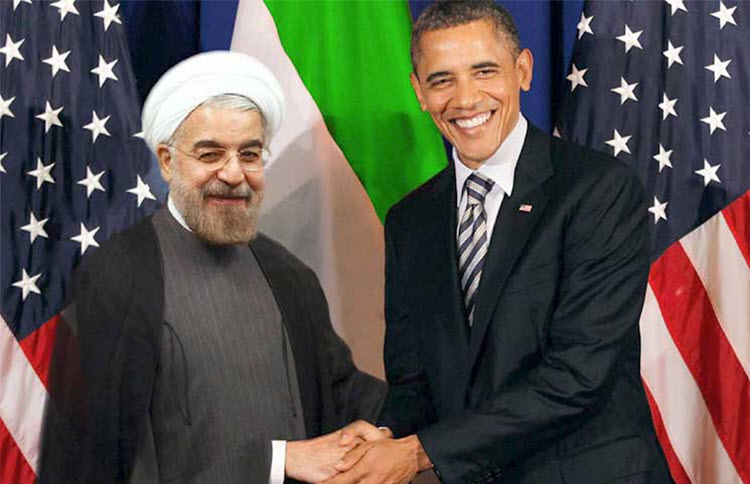 London, 12 Jun – When former United States President Barack Obama was in office, Iran made the most of what have become known as the “golden years of Obama”. This is because Iran profited from the silence that came from the Obama administration with regards to its belligerence. It knew that Obama was desperate to leave the Iran nuclear deal as his legacy and he would do everything in his power to get it signed.

However, it was not until much later that the public became aware of just how desperate Obama was to leave his legacy because his lies have slowly started to become uncovered.

It started when Obama failed to inform Congress of the secret side-deals with regards to nuclear inspections when the accord was sent to Capitol Hill. The secret deals came to light when they were mentioned during a meeting between the then-Rep. Mike Pompeo (R-Kan.) and Sen. Tom Cotton (R-Ark.) in a meeting with International Atomic Energy Agency (IAEA) officials in Austria.

Then we learned that $400 million in cash was sent in several currencies on an aeroplane to the Iranian capital at the same time several American hostages were being released by Iran. Then another $1.3billion followed.

In the latest shock discovery, the Senate Permanent Subcommittee on Investigations has indicated that Obama’s administration had covertly attempted to aid the Islamic Republic in using American banks to convert $5.7 billion in Iranian assets.

The revelation is astounding because Obama had promised Congress that Iran would not be able to access the US financial system. On top of this, almost two years ago, his Treasury Secretary, Jack Lew, also explicitly declared that Iran will not be able to deal with the US commercial and financial market. Furthermore, he declared that banks in Iran will not be permitted to clear dollars through the US, nor would it be able to have correspondent account relationships or be financed in the US.

In February 2016, the Treasury Department has granted a licence that allowed billions of dollars’ worth of Iranian assets to be converted via the US financial system.

To make matters even worse, after the licence was granted, Obama’s administration outright denied to Congress that it has been issued. Members of the Treasury declared in a letter in 2016 that the department is “not working on behalf of Iran to enable Iranian access to U.S. dollars elsewhere in the international financial system, nor are we assisting Iran in gaining access to dollar payment systems outside the U.S. financial system.” Furthermore, it stated: “The Administration has not been and is not planning to grant Iran access to the U.S. financial system.”

Times have changed for Iran and the “golden days” are over. The current administration is adamant that Iran is not going to be treated with such leniency when it does not deserve it. And also, Trump’s hesitations about the deal are becoming more and more legitimised as the lies of the Obama administration come to light.

The National Council of Resistance of Iran (NCRI), the main Iranian opposition, is holding its annual Free Iran rally in which tens of thousands of Iranians from around the world will attend. For years, the NCRI has been advocating regime change as it is the only way in which the people of Iran will be free from clerical rule.