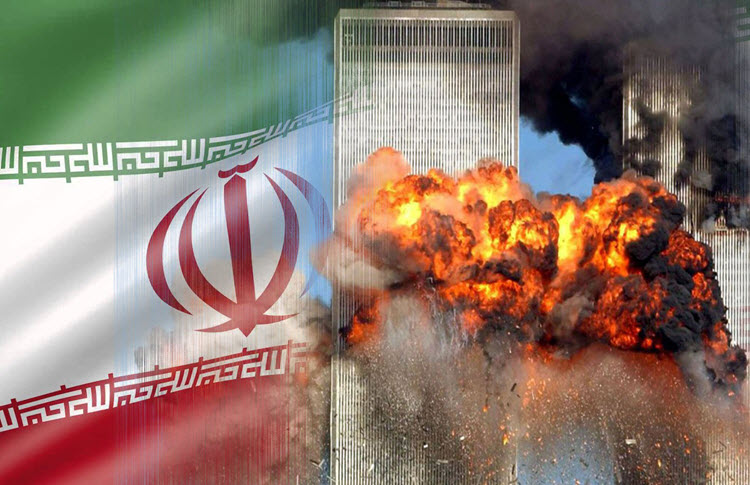 London, 12 Jun – Iranian officials have finally admitted what most of the world knew all along – that Iran helped facilitate the 9/11 terrorist attacks in New York by allowing al Qaeda operatives (including the hijackers) to move freely and secretly across Iran’s borders in the months leading up to the totalitarian.

Mohammad-Javad Larijani, an international affairs assistant in Iran’s judiciary, said: “Our government agreed not to stamp the passports of some of them because they were on transit flights for two hours, and they were resuming their flights without having their passports stamped. However, their movements were under the complete supervision of the Iranian intelligence.”

These comments, which show that intelligence officials secretly helped al Qaeda by providing them with secret travel and giving them refuge, were broadcast on Iran’s state-controlled television in Farsi, but Al Arabiya published the English translation.

Although the US government has been saying that Iran was responsible for a long time, with the 9/11 Commission concluding that Iran played a vital role in facilitating the terrorist attacks, and has fined Iran billions of dollars for its role, this is the first time that a senior Iranian official has admitted providing help to al Qaeda.

Iran didn’t stamp the passports of the al Qaeda militants as they crossed their borders, in order to obscure their movements and avoid detection by foreign governments.

Larijani said: “The Americans took this as evidence of Iran’s cooperation with al-Qaeda and viewed the passage of an airplane through Iran’s airspace, which had one of the pilots who carried out the attacks and a Hezbollah military leader sitting [next to] him on board, as evidence of direct cooperation with al-Qaeda through the Lebanese Hezbollah.”

The US government has not yet commented on the interview, but it was mentioned in an official tweet from the State Department’s Arabic-only Twitter page.

Now, there should be no one who can deny that Iran is, as the State Department has previously said, the world’s largest state sponsor of terrorism. This revelation should allow the US Treasury to impose more non-nuclear sanctions against Iran for its role in the attacks that took over 3,000 lives.

However, the US should also recognise that Iran will never reform. It will always support terrorism for as long as it exists. This means that the only way to stop terrorism is through regime change, something that the Iranian people urgently want and that will be advocated for at Free Iran 2018 gathering in Paris on June 30.