Iran Must Decide Whether to Heed France’s Advise 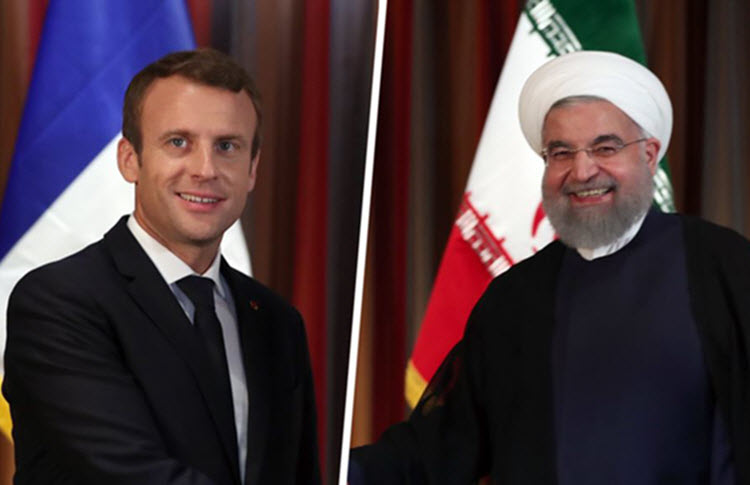 London, 22 Jun – According to senior French sources, the European signatories of the 2015 Iran nuclear deal have been primarily focused on “avoiding a military confrontation,” after the US exit from the pact.

Inside Iran, some “want and seek” this confrontation, they say, but Germany, Britain and France, in cooperation with Russia and China, want to avoid reaching the “point of no return.”

The sources also blame Tehran for failing to take advantage of the nuclear deal. Instead of normalizing its ties with regional countries, it forged an aggressive regional policy and developed its ballistic missile program.

Meanwhile, in the US, proponents of the newly reimposed American sanctions believe that Tehran will eventually “come to heel” under their weight. In fact, Paris believes that “no one in Washington wants a war on Tehran,” the sources said.

Still, Israel and some non-Israeli powers “are pushing for war”, a call that has so far gone unheeded in Washington.

France wants Iran to remain in the nuclear pact, as well as to accept talks on the points of contention listed by the US when it announced its exit. These issues are mostly focused on the “sunset clauses” on Iran’s nuclear activity after 2025, it ballistic missiles program, and regional policy.

While Iran claims that its missile program is for defense, France wonders what the purpose is for developing intercontinental ballistic missiles that are capable of carrying a nuclear warhead. It also questioned what requires Iran to send rockets to Yemen, Syria, and Lebanon. Many French officials believe that Iran’s establishment of militias “was no longer aimed at preserving national security, but destroying the infrastructure” of countries where they are active, as part of an expansionist agenda.

But, despite its reservations, Paris is committed to defending the nuclear deal, and Macron’s demand that issues be resolved.

Iran demands European guarantees to remain in the deal, and threatens to withdraw and resume uranium enrichment if this condition is not met.

However, Iran cannot force French companies to stay in the Iranian market. Total and Groupe PSA have major stakes in the US and other countries. They cannot ignore the threat of US sanctions. Therefore, Paris had “advised” Iranian authorities to continue with the deal, and to discuss its ballistic missiles program and regional policy.

Iran’s “moderate” camp wants to preserve the nuclear deal, pointing out that five of the six signatories have remained in the agreement. As well, with US President Trump’s shift towards openness with North Korea, it seems that there are no final stances in the current American administration. A similar turnaround on Iran cannot be ruled out.

The “revolutionary” camp leans toward isolation and confrontation with the international community. They claim that the only language Washington and the West understand is force. “Iran is strong, so therefore let us resist for 40 years if necessary,” they say.

Daily Telegraph: Iran is reviewing all areas of co-operation...

Washington Times: President Bush will be following in some...