Iran FM: Nuclear Deal Collapse Would Be Dangerous for Iran 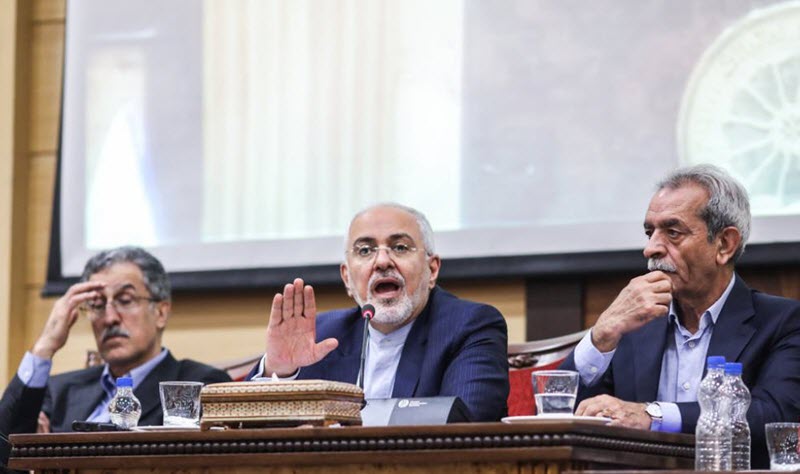 London, 27 Jun – Iranian Foreign Minister Mohammad Javad Zarif warned on Sunday that if the nuclear deal were to collapse, following the withdrawal of the US last month, it would be “very dangerous” for Iran.

In May, Donald Trump announced that he would be pulling the US out of the 2015 nuclear deal between Iran and six world powers, citing Iranian cheating, and that nuclear sanctions on the Islamic Republic would be reimposed within 180 days.

These sanctions would target US and foreign businesses that continue to operate in Iran, as although the other signatories (Britain, France, Germany, China and Russia) have agreed to stay in the deal, they don’t look like they will be able to shield their companies from the sanctions.

Zarif told members of the Iran Chamber of Commerce: “Failure of the JCPOA (nuclear deal) would be very dangerous for us… This is certainly not the (Iranian political) system’s choice.”

Zarif has been holding talks with European Union leaders and other politicians to try to keep the deal alive, but with little success.

Some European firms have joined their American counterparts and begun the process of pulling out of Iran, which has hampered the Iranian economy, which was already unstable due to government corruption.

While President Hassan Rouhani is set to visit Switzerland and Austria in July as part of Iran’s efforts to ensure continued support for the deal from Europe.

Earlier this month, Iran threatened that it is ready to resume uranium enrichment to 20% “within days” if the deal collapses, which is far above the 3.67% enrichment permitted under the 2015 agreement.

This came after Supreme leader Ayatollah Ali Khamenei warned that Iran would “never tolerate both suffering from sanctions and nuclear restrictions” and called on Iranian nuclear scientists to begin preparations to speed up uranium enrichment.

US tells Saudi Arabia that Iran threat is shared concern