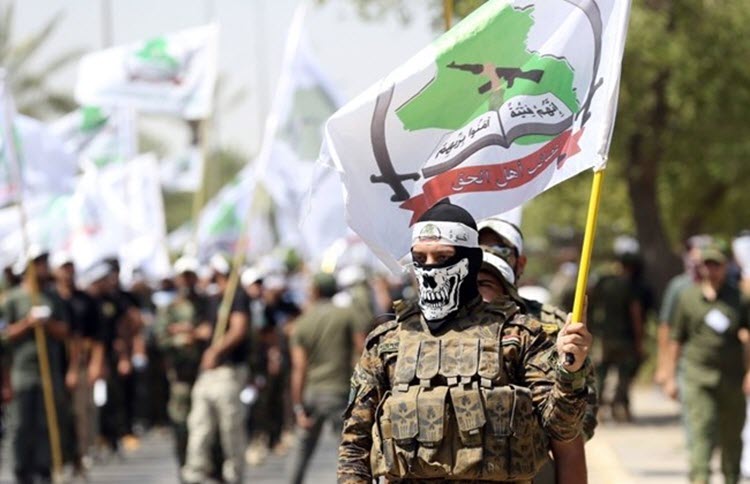 London, 27 Jun – The Iran-backed Iraqi Popular Mobilisation Forces (PMF) said on Sunday that on it would not remain silent over an alleged US air strike in Syria that the PMF claims killed 22 of its members last week.

Senior PMF commander Jamal Jaafar Ibrahimi, also known as Abu Mahdi al-Mohandes, said in a video message: “To the Americans we say … we will not be quiet about this attack.”

In a news conference, Mohandes said that the PMF had collected fragments of the missiles that were used in the strike and he claimed these were evidence that the US had attacked them.

This followed a claim by the PMF last Monday, that a US air strike had wounded 12 of its members in Albu Kamal, Syria.

The US has denied any involvement in either strike, while the Iraqi military has said that none of its troops tasked with securing the Iraqi-Syrian border had been hit by the air strike. The Iraqi military added that the PMF had not made contact nor coordinated their presence there with Iraq’s Joint Operations Command, which begs the question, what were the PMF doing there? The answer is fighting in Syria on behalf of Iran to prop up the Bashar Assad dictatorship, something that Iraq does not do.

The Iranian-funded and -trained Iraqi terrorists were formally integrated into Iraq’s official security structure after helping to get rid of ISIS, but it should be noted that Iran – the world’s leading sponsor of terrorism – was actually involved in the founding of ISIS and only ordered the PMF to stop them in Iraq in order to gain more control over the country.

It should be clear to everyone that Iran and its proxies must be expelled from the Middle East as that is the only chance for peace in the region. It was a mistake to integrate an Iran-backed force into the Iraqi army as it only gives Iran more power and so the PMF must be expelled from Iraq. Anything else presents a clear and present danger to the sovereignty of other countries in the Middle East and the security of the world.