Iran Reopens Uranium Plant in Isfahan and Has Re-Started Production 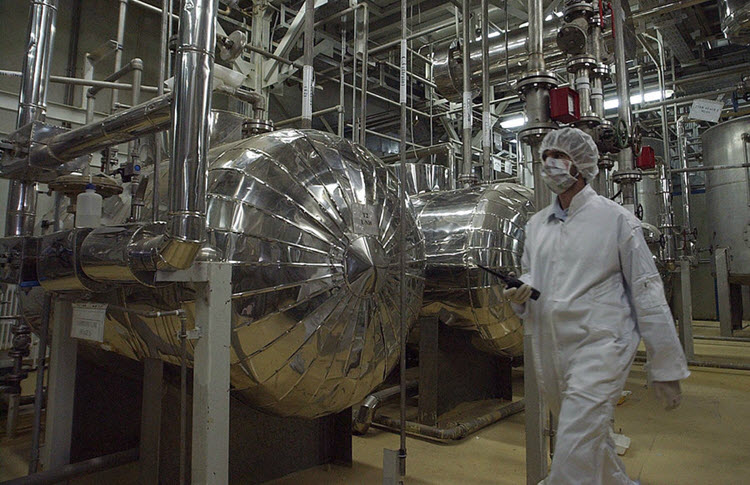 London, 4 July – Although Iran has pledged to keep to the terms of the country’s landmark nuclear deal, even after U.S. President Trump pulled America out of the accord, its officials say that it has restarted production at the Isfahan plant, which produces materials needed to make enriched uranium.

This appears to be a warning that is aimed at pressuring Europeans and others to come up with the means to circumvent the new American sanctions.

Many international organizations are pulling back from deals with Tehran and the country’s currency has faced an enormous drop against the dollar.

There are strong concerns over Iran’s possible response to a confrontation with the West.

Iran claims that its nuclear program is peaceful, but the West and the United Nations point to work Iran did years earlier that may be used to weaponize its program. Late on Wednesday, its Atomic Energy Organization issued a statement saying that it reopened a plant that converts yellowcake, a uranium powder, into uranium hexafluoride gas, which is put inside of centrifuges to make enriched uranium that can be used in nuclear power plants or in atomic bombs.

The statement added, “production plant at Isfahan UCF Complex has been practically inactive since 2009 because of the lack of yellowcake in the country.” This is Iran’s acknowledgement of something it denied back in 2009, when it said that it had exhausted its sole supply of yellowcake.

Iran purchased yellowcake from Kazakhstan and Russia, as well as mined its own domestically, after the 2015 nuclear deal. While the accord allows for this, it limits Iran’s enrichment of uranium to 3.67 percent. This amount is enough to be used by a nuclear power plant, but much less than the 90 percent needed for an atomic weapon.

Iran has sought to pressure other nations to stick with the nuclear deal after America’s exit. Iranian officials have vowed to boost the country’s uranium enrichment capacity. They stop short of violating the accord, but Iran can quickly ramp up enrichment if the agreement unravels.

A video was also released by the Atomic Energy Organization. It shows the first drum of yellowcake being put through the reopened facility, located 410 kilometers (255 miles) south of Tehran.

“It is important that the resumption of the Isfahan UCF … provides for the fulfillment and execution of the supreme leader’s order to prepare for an increase in enrichment capacity,” the organization said in its statement.

The United States has ordered its allies to stop buying Iranian crude oil, which only increases the likelihood of the nuclear deal collapsing. U.S. Secretary of State Mike Pompeo said on Wednesday that Iran’s “ambitions for wastefully expanding its nuclear program … only add to the suffering of the people of Iran.”

Iran acknowledged converting yellowcake into uranium tetrafluoride back in 2005, which was allowed under the terms of a then-European deal. It came as negotiations with Tehran had become deadlocked. Iran then removed U.N. seals from equipment to produce uranium hexafluoride, but stopped production again as negotiations with the West continued. By February 2006, President Mahmoud Ahmadinejad ordered uranium enrichment to resume in earnest. “Iran’s decision to master nuclear technology and the production of nuclear fuel is irreversible,” Ahmadinejad said.

President Hassan Rouhani is believed to a relative moderate by the West. However, he faces increasing criticism from hard-liners, many of whom have called for the country to be run by military officials.

As with all else in Iran, the final says on the nuclear program rests with Khamenei, who said last May, “In the face of the excessive demands of the opposite side, a courageous move must be made.”

Iran is said to signal nuclear cooperation by slowing expansion

Bloomberg: Iran has signaled a willingness to halt the...

AFP: Fresh international sanctions against Iran over its nuclear...