Iran’s Water Crisis May Result in Social and Political Upheaval 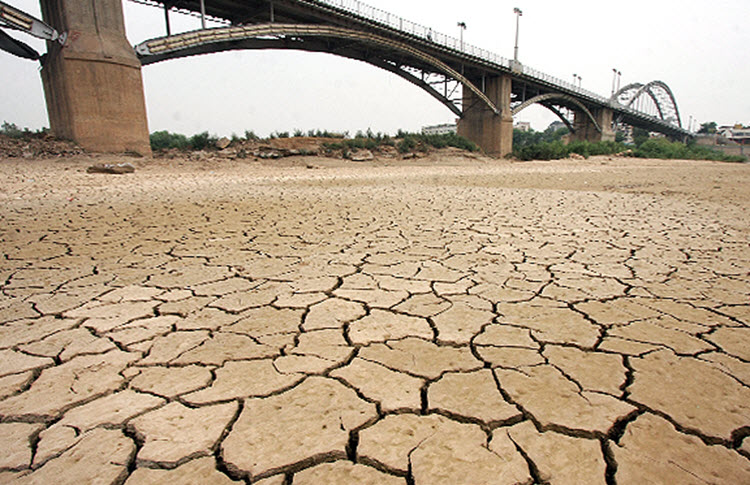 London, 4 July – Population and agricultural growth puts a strain on water resources. Many countries in the Middle East are suffering from a water shortage due to drought as well as mismanagement. This can lead to economic and consequently political instability.

One of the most vulnerable countries is Iran, who has not developed an effective system of water supply and use.

In fact, drought poses a bigger threat for the future of Iran than the countries it considers “enemies” — US and Israel.

Recent joint research between Iranian and American scientists shows that, in this region, drought and water shortage in ancient times were causes of the collapse of ancient Empires.

Iran has experienced a rise in its population, and agriculture has grown in response to its demands. An enormous quantity of water is needed. Additionally, Iran has been suffering from drought for quite a long time. Rivers and lakes in the country have dried up and groundwater has been depleted. Estimates show that the rate of precipitation has reached its lowest point in more than 40 years.

Evaporation rate, which in Iran is above the global norm, also has a negative impact on the water reserves of the country. Experts estimate that two-thirds of Iran’s rainfall evaporates before it can replenish rivers. As well, domestic use of water is 70 percent higher than the global average.

Disproportionate, unplanned use of water in agriculture is another factor. After the 1979 revolution, many educated people, including specialists in land reclamation, left the country. Therefore, water management and planning have been supervised by people whose decisions were made on the basis of political, not economic incentives.

With its growing population, low-income level, and international sanctions, Iran wanted total self-reliance for its food supply. The Government began building large numbers of dams on rivers to irrigate fields. However, the dams were damaging the ecosystem. Artesian wells were also dug, and groundwater was pumped out in large amounts.

Iranian farmers received many loans and grants from the government, which benefitted the economy in the short-term, but uncontrolled consumption of water and increased planting of crops, requiring more irrigation water. Coupled with the drought in Iran, it has led to a country on the edge of environmental and economic collapse.

Rural to urban migration has been one result of the water crisis, which has increased the numbers of the urban poor, and the risk of social upheaval. For example, some experts believe that “climate refugees” were the driving force during the mass protests in Iran 2017-2018.

Lack of water and protests are already occurring in places like Isfahan province. Isfahan is one of Iran’s largest cities, and was once famous for its rivers and gardens.

While Iranian authorities take measures to fight the crisis, many say that the measures taken are either belated or half-hearted. Iranian officials complain about the lack of finances due to international economic sanctions. Still, the Iranian authorities are able to find funds to finance pro-Iranian proxies all over the region, the war in Syria, and lobbying activity in the West.

The water crisis in Iran is approaching the tipping point. If the Iranian Government is unable to handle the consequences of the crisis, major social and political upheavals may follow.