Tensions Over Oil Exports Soar Between Iran and US 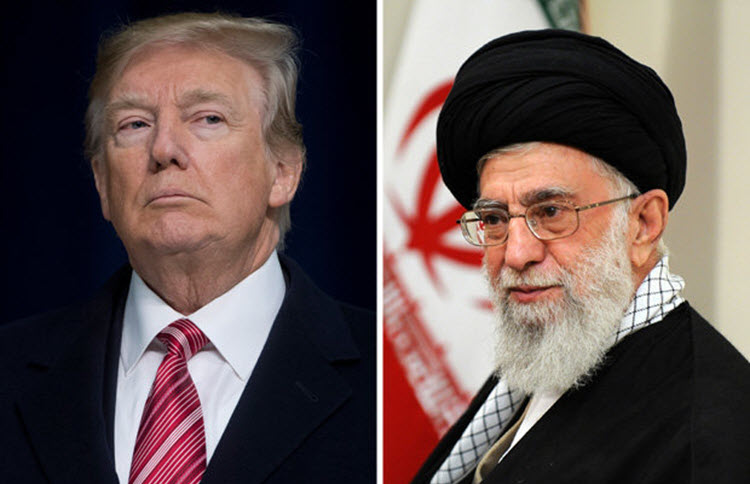 London, 31 July – Tensions are soaring between the US and Iran following Donald Trump’s decision to withdraw from the 2015 nuclear deal and following recent Iranian threats against destroying oil imports, the US is now looking at military options to keep vital sea transport routes in the Middle East open.

Iranian officials have made many verbal threats against the safety of global oil trade in the Persian Gulf in recent days, while the Iran-backed Houthi rebels have attacked Saudi oil tankers.

According to CNN, this attack on the Saudi Arabian oil tankers on Wednesday is a cause of worry among many.

This means growing concerns over the future of oil exports from elsewhere in the Middle East, that have to be shipped through the Strait of Hormuz, which Iran has threatened to block if the US does put sanctions on Iranian oil, as they are likely to do.

General Joseph Votel, head of US Central Command (CENTCOM), and commander of US military operations in the Middle East, visited the region this week to meet with his counterparts to discuss US security concerns.

However, US officials were quick to point out that any military action would be carried out by US allies in the region, i.e. Saudi Arabia or the United Arab Emirates, not by US troops. They noted that any long-term military effort would require the involvement of other nations and that the US already provides support in the form of intelligence sharing to Saudi Arabia in their fight against the Houthis in Yemen.

US Defense Secretary James Mattis said that the US will keep international oil shipping lanes open. On Friday, he said that Iran had previously threatened to close the Strait and has tried to stop shipments only to be met by an international military response. He then explained that the Pentagon would continue to cooperate with Saudi Arabia, Bahrain, Kuwait and the UAE to counter Iranian influence in the Middle East.

In early July, Iranian Revolutionary Guards Commander General Qasem Soleimani said that the Guards are more than prepared to completely prevent any oil shipment from leaving the region if the US continued on its mission to stop the sale of Iranian oil. He also praised Iranian President Hassan Rouhani for his threats to disrupt oil traffic from Iran’s neighbours.

However, it is worth noting that Soleimani and those like him in Iran would be the first to run away when faced with any sort of real firmness. His breed of Iranian thugs was created by the West’s appeasement policy on Iran and they will disappear when they face the final uprising for Regime Change.