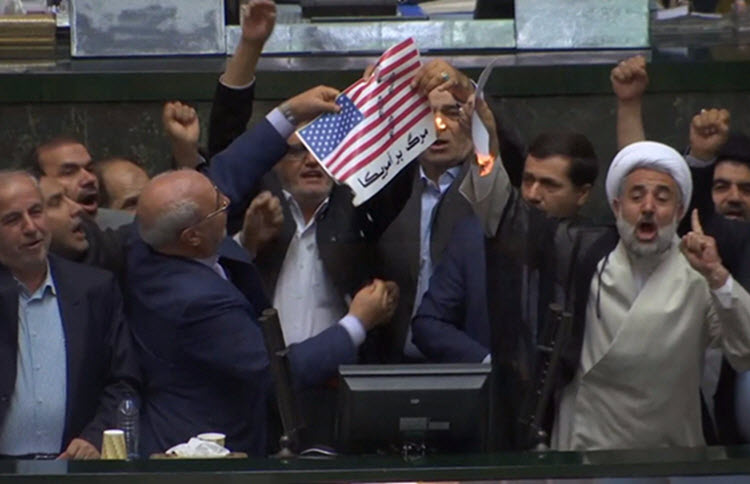 London, 7 August – U.S. President Donald Trump has offered to meet with Iranian President Hassan Rouhani with regards to the situation between the two countries and the current and upcoming sanctions. In May, President Trump announced that the United States was pulling out of the 2015 Iran nuclear deal, formally known as the Joint Comprehensive Plan of Action (JCPOA). He said that sanctions would be reapplied to Iran and that pressure would be ramped up.

The U.S. State Department announced not long later that the United States expects foreign countries to reduce its imports of Iranian oil to zero. At first it said that no waivers would be issued, but after seeing the impact it had on the oil prices, it said that some allowances would be given.

The Trump administration is not letting the Iranian regime continue with its belligerence in the region. As well as mentioning that the nuclear deal is ineffective in that it does not meet the nuclear aim, President Trump also said it was a failure because it does not address Iran’s meddling in the region. He mentioned in particular Iran’s interference in the conflicts in Yemen and Syria and its support of terrorism and proxy groups.

Human rights is another issue altogether. For decades, the people of Iran have been denied the most basic of human rights. The people of Iran have reached the end of their tether and at the end of last year the biggest uprising in recent history took place. Millions of people across the country took to the streets to voice their discontent. Since then, protests have been ongoing and seem set to continue until the regime topples. The current unrest is very different to the unrest of the past. All classes and sectors of society are taking to the streets to make their voices heard and the people are no longer concentrating on one or two specific economic problems – they are making a clear call for regime change.

The first round of sanctions took effect yesterday. The Trump administration is serious about putting pressure on the Iranian regime and it is very keen to cut its exports of oil. It is very likely that the market will tighten over the next few months and even more in the final quarter of the year when Trump has imposed the deadline. The price of oil by the end of the year will depend largely on the quantity of additional barrels produced by Gulf States and the security situation with regards to Iran.

A number of international firms have already said that they will stop importing Iranian oil and some countries have announced that they will reduce their imports from Iran to zero.

The aim of the Trump administration is to give Iran a choice – stop with its destabilisation across the region while reintegrating back into the global economy or face being economically isolated.

Iran has not yet said it wants to meet with President Trump, but it may soon be left with no choice.

AFP: A team of US Congressmen met with the...