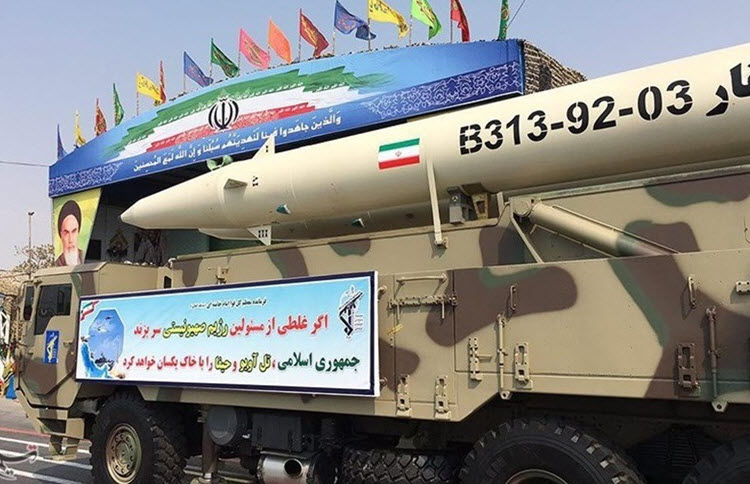 US President Donald Trump said Wednesday that although he wished to avoid war with Iran, any military confrontation between the two countries would be swift with Iran the obvious loser.

Trump said: “I hope we don’t [go to war], but we’re in a very strong position if something should happen. I’m not talking boots on the ground … I’m just saying if something would happen, it wouldn’t last very long.”

US-Iran tensions have been growing for weeks with Washington blaming Tehran attacks on two oil tankers in the Persian Gulf, which was followed by Iran shooting down an American surveillance drone in international airspace.

This nearly escalated into the US launching a military counter-strike, but Trump said that it would have killed 150 Iranians so he called it off. The US launched a cyber attack on Iran as well as issuing sanctions against Supreme Leader Ali Khamenei, several commanders in the Iranian Revolutionary Guards Corps (IRGC), and Foreign Minister Javad Zarif.

Meanwhile, US Secretary of State Mike Pompeo told reporters in India on Wednesday that the US had done everything possible to de-escalate tensions with Iran, noting that if a military conflict did break out, it would be because Iran left the US with no other choice.

He said: “If there is conflict if there is war, if there is a kinetic activity, it will be because the Iranians made that choice. I hope that they do not.”

Iran is certainly under plenty of pressure at the moment from sanctions to the domestic uprising of the Iranian people that will soon overthrow the mullahs, but Trump advises that the country is “going down the tubes” because the people running the country are not very “smart”.

Indeed, they’re not smart enough to stop provoking the country with the largest military in the world or give into their people’s demands for human rights and stop the protests or even to not violate a deal with the only countries still backing Iran.

Europe urged Iran on Wednesday not to violate the 2015 nuclear deal by increasing its stockpile on enriched uranium in retaliation for US sanctions.

While the US has responded by saying that Iran cannot blame all of their economic woes on America, with US envoy Jonathan Cohen pointing out that Tehran’s mismanagement, corruption, and wasting of its money on supporting terrorists has more to do with Iran’s economic decline than any US policy.

The Times: A photo has emerged which it is...