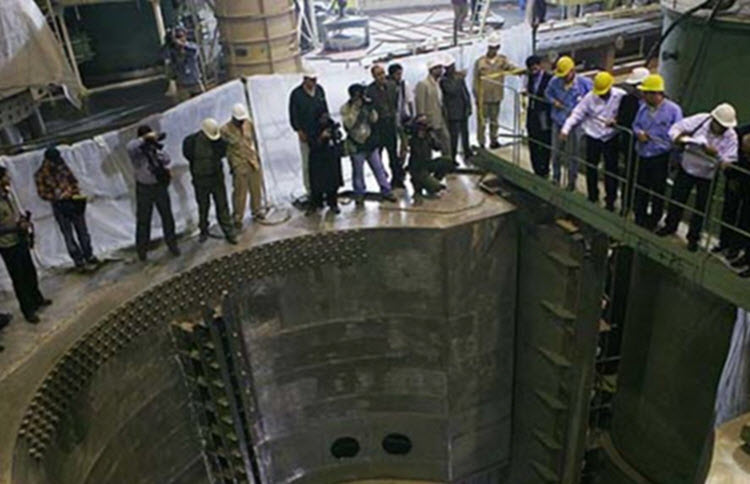 London, 9 Nov – A think-tank based in Washington D.C. – the Institute for Science and International Security issued a report at the end of last month with new information related to the Iranian regime’s nuclear activities, in particular its “nuclear archive”. The report shows that, contrary to what it claims, the Iranian regime did not put an end to its nuclear weaponization efforts after 2003.

A large number of documents have been compiled with regards to Iran’s nuclear activities. The United States has reviewed the documents and declared them as authentic. The documents provide irrefutable evidence that Iran has lied about its nuclear program.

What makes the information even more concerning is the fact that Iran was actively concealing the work being done on its nuclear program while negotiations were taking place for the Joint Comprehensive Plan of Action (JCPOA), or the 2015 nuclear deal as it is more commonly known.

But what makes the most concerning news was not truthfully reported by the media.

Several press outlets have said that the documents reviewed and reported on by the Institute for Science and International Security are nothing new. Those that share similar views are supporters of the controversial Iran nuclear deal.

When the foreign intelligence agency first made its findings public earlier this year, CNN reported that “documents revealed are nothing new about Iran’s nuclear program, experts say” (May 3rd 2018). News outlets around the world, in particular in the West, then repeated the opinions of the so-called experts quoted here. Yet they did not view the large number of documents that had been presented.

Former spokesperson for the National Security Council (NSC) during former President Barack Obama’s time in office, Ned Price, said that the newly discovered information is not new at all. He claimed that the United States knew everything that was disclosed more than 10 years ago and that the intelligence community had made some of its findings available in 2007. However, ironically, the intelligence information that Price is referring to – the 2007 National Intelligence Estimate (NIE) – explicitly states that Iran stopped its nuclear weapons development in 2003.

Despite this major contradiction in his claims and statements, many news outlets failed to see that Price’s views are far from accurate. Worryingly, some of the new outlets that failed to carry out their research include the influential New York Times and the Post.

These news outlets, if they had carried out their research, would have been able to verify claims about the NIE’s assessment in 2007. The NIE was described as a “political sensation” that was used by politicians. It has been said that the NIE was just one more example of the Bush administration’s politicisation of intelligence information.

Furthermore, the Iranian President at that time, Mahmoud Ahmadinejad, said that the NIE assessment was a victory for Iran because it disrupted any plans for the United States to recommend harsher sanctions on the Islamic Republic.

It is clear that some news outlets print what matches their narrative and ignore any of the facts that would make their reporting accurate and professional.

AFP: UN leader Ban Ki-moon is "dismayed" by the...