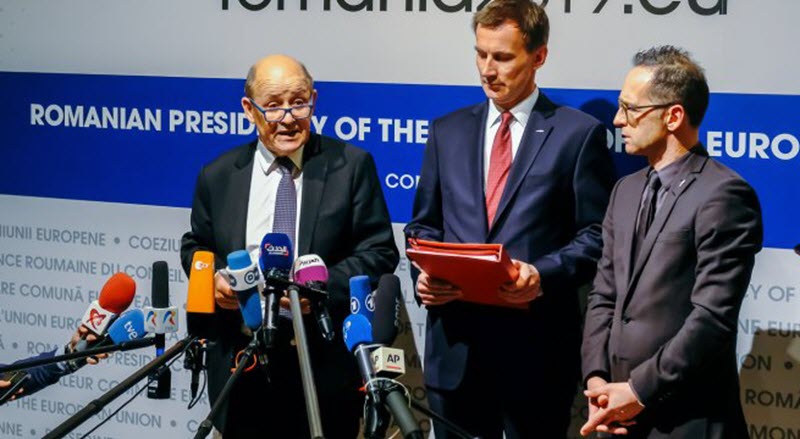 The EU announced the establishment of a special purpose vehicle (SPV) to handle trade between EU countries and the Iranian regime on January 31, but this received significantly less positive media attention than some of its defenders would have liked. In fact, many in the media questioned why INSTEX was even created and what good it would do. This is far from the miracle cure that Iran was hoping for and more akin to putting a band-aid on a bullet hole.

Why was INSTEX created?

Following the US withdrawal from the 2015 nuclear agreement in May 2018, and the subsequent reimposition of sanctions, the EU said that it was still committed to the deal and would do everything in its power to maintain trade and economic relations with Tehran.

However, due to various problems, like no country actually wanting to host the SPV and no one being really sure how to evade US sanctions legally, the EU missed many deadlines for the SPV and barely anyone thought it would actually come to pass.

What does INSTEX cover?

Well, INSTEX actually focuses on the trade of nonsanctionable essential goods, i.e. food and medicine, but doesn’t address Iran’s oil exports, which have dropped from 2.5 million barrels per day (bpd) to less than 1 million bpd, because of US sanctions. And what is the point in facilitating trade in goods that are not sanctioned?

The Iranian oil business is crippled because of sanctions, with European buyers Greece and Italy pulling out and a complete abandonment of the Regime by oil tanker firms, insurance companies, and banks, who all fear heavy US penalties. Even the European Investment Bank said that investing in Iran would risk their business model.

Apparently, no money will even be transferred to Iran.

What are the INSTEX conditions?

According to a joint statement by France, Germany, and the UK, INSTEX will operate under the “highest international standards with regards to anti-money laundering, combating the financing of terrorism (AML/CFT) and EU and UN sanctions compliance”, which means that Iran will need to comply with the Financial Action Task Force – an international body they are currently suspended from. In essence, Iran will have difficulty complying and this could cause the SPV to fail.

However, Europe has yet to establish its budget or define its rules.

Probably not. It seems disorganised from the get-go, the US has promised to fight against it noting that European companies can still be sanctioned for trading with Iran, and even the Iran Regime doesn’t seem enthusiastic about it. It’s likely that smaller companies will follow in the footsteps of Total and British Airways, and leave Iran for good.

Brits crack down on Basra’s police