Trump Vows to Keep Troops in Iraq to Watch Iran 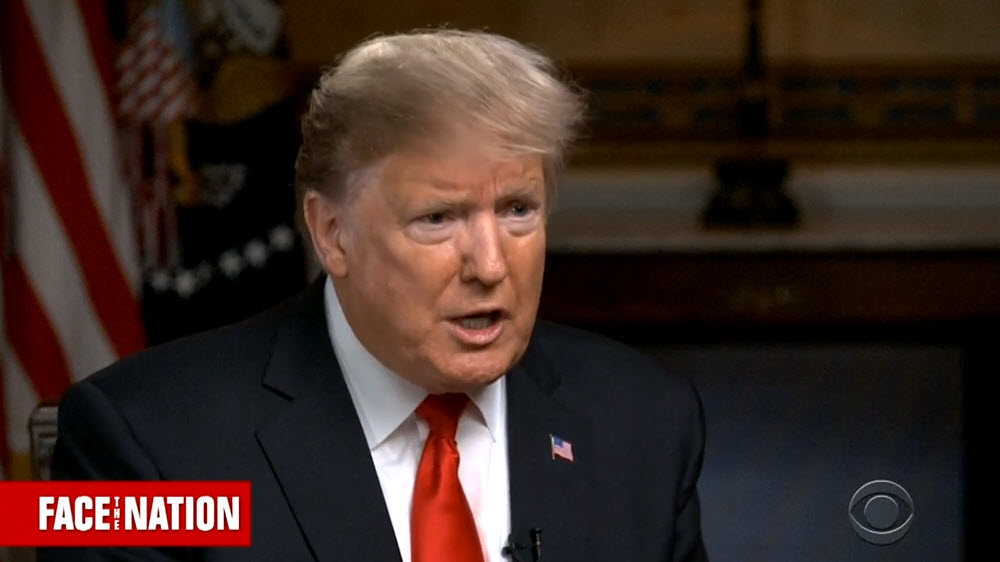 London, 4 Feb – Donald Trump has vowed to keep US troops in Iraq to watch Iran, according to comments he made in a CBS “Face the Nation” interview but denied wanting to strike or go to war with Iran.

Trump said: “One of the reasons I want to keep [the military base] is because I want to be looking a little bit at Iran because Iran is a real problem… This is what a lot of people don’t understand. We’re going to keep watching and we’re going to keep seeing and if there’s trouble, if somebody is looking to do nuclear weapons or other things, we’re going to know it before they do.”

He continued: “I want to be able to watch Iran. All I want to do is be able to watch. We have an unbelievable and expensive military base built in Iraq. It’s perfectly situated for looking at all over different parts of the troubled Middle East rather than pulling up.”

Trump explained that although he trusts US intelligence agencies, he does disagree with their threat assessments given to the Senate Intelligence Committee last week, especially with regards to Iran, which is “is a vicious country that kills many people” and “the number one terrorist nation in the world”.

FBI directory Christopher Wray, CIA director Gina Haspel, and Director of National Intelligence Dan Coats testified on Tuesday that there was no evidence that Iran was violating the 2015 nuclear agreement, also known as the Joint Comprehensive Plan of Action (JCPOA).

Trump responded: “President Bush had intel people that said Saddam Hussein in Iraq had nuclear weapons – had all sorts of weapons of mass destruction. Guess what? Those intel people didn’t know what the hell they were doing, and they got us tied up in a war that we should have never been in.”

Previously, Trump tweeted that US Intelligence agents were “extremely passive and naive when it comes to the dangers of Iran”, adding that since he pulled out of the 2015 nuclear deal, things had improved because the Iranian economy crashed and lack of funds was the only thing stopping Iran from creating a nuclear bomb.

Trump said: “Iran is a big threat, and I think I did the right thing when I terminated the ridiculous Iran deal.”

Trump then defended his decision to pull troops out of Syria, despite previous promises that the US would stay in Syria until all Iranian and Iranian-backed troops had left. He said some of those troops would move to Iraq and some would return to the US, but added that the US could return if they had to.

Reuters: Iran has stressed that its decision to freeze...

AP: The Supreme Court has declined to revive a...