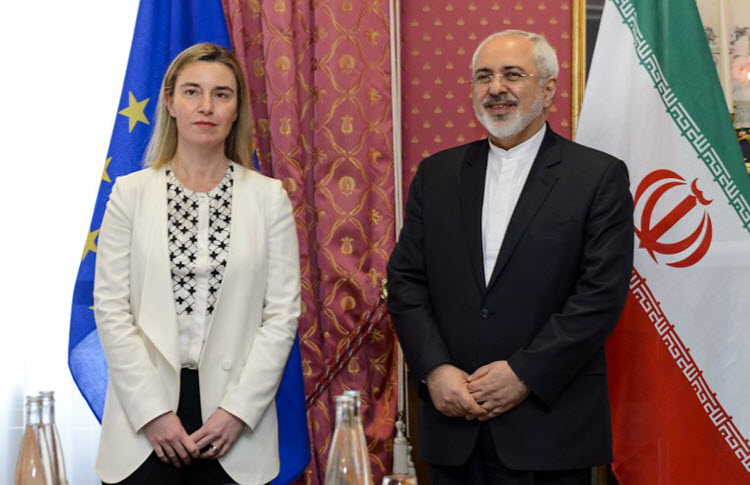 London, 4 Mar – Just over a year ago, information about Iran’s secret nuclear programme was uncovered during a raid on an undisclosed facility near Tehran and presented to the US, so that the Donald Trump administration could use it to crack down on the mullahs’ malign activities.

Sceptics dismissed the archive as “nothing new”, but careful analysis showed that Iran was far closer to obtaining nuclear weapons than the international community thought.

Despite this frightening revelation, European powers stayed quiet, far more concerned with preserving the Joint Comprehensive Plan of Action (JCPOA), more commonly known as the Iran nuclear deal, while the International Atomic Energy Agency (IAEA) outright denied that they had any “credible indications” that Iran had tried to develop a nuclear weapon after 2009.

These denials have become even more untenable in the face of additional investigations of the trove by nuclear experts David Albright and Olli Heinonen, who published several reports last year detailing the moves that Iran had made towards a nuclear weapons capability since the nuclear deal was signed. They agreed that more effort should be made to explore the document archive and urged the IAEA to look properly into the archive’s contents.

This should be matched with increased pressure from the US to sanction those named in the archive for their illicit nuclear activities, as even if such nuclear weapons-related work was carried out before the JCPOA was signed, Iran’s concealment of the archive suggests that the work is still going on underground.

Iran’s Atomic Energy Organization was sanctioned by the US in November 2018, but this did not include any new information about its role in maintaining Iran’s nuclear archive. Adding this information to the designation would demonstrate Iran’s continued violation of international norms related to nuclear non-proliferation and be the first new designation of Iranian entities for nuclear weapons activities since the JCPOA.

A major concern about the archive are the people named in it, which includes Brigadier General Amir Hajizadeh, the head of the Guard Corps’ Aerospace Force, who signed a contract to build a large, secret underground nuclear tunnel complex as part of a project to develop and build nuclear warheads.

The US Treasury Department has designated the Aerospace Force and Hajizadeh’s predecessor, but not Hajizadeh, which is surprising considering that he is the public face of Iran’s ballistic missile drive and that he was one of the team that procured missile technology from North Korea in the 1980s. He was even designated by the EU in 2012 and will remain so until 2023 at least. Thus, the US should update its sanctions to come in line with the EU, while encouraging the EU to take these revelations seriously.

Matthew Zweig and Behnam Ben Taleblu, Senior Fellows at the Foundation for Defense of Democracies (FDD), wrote: “The extensive amount of equipment, material, software, and other information found in the archive—including blueprints, spreadsheets, charts, photos, and videos—clearly demonstrates the scale of Iran’s efforts to acquire a nuclear weapons capability, and in fact, a nuclear weapon itself. That Iran believed it was necessary to preserve this information in an extensive warehouse reinforces concerns that it has never abandoned its ambitions to develop nuclear weapons. The retention of the archive is an indicator of future Iranian intentions, namely, the activities to which Tehran will return when the JCPOA or any other follow-on deal’s restrictions expire.”

Reuters: Iran said on Sunday it would limit cooperation...