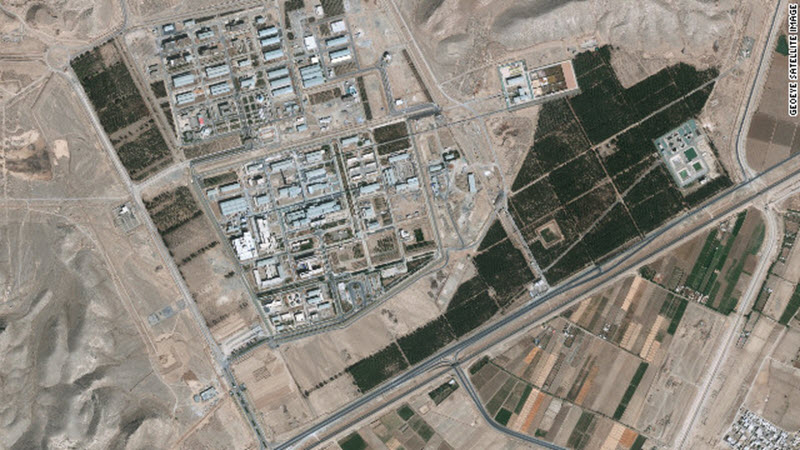 London, 30 March – Recently, the US Treasury and State Department took measures against 14 individuals and 17 entities linked to the Iranian Ministry of Defense, who are reported to be associated with Iran’s attempts to build nuclear weapons.

Although many proponents of the Iran nuclear deal argue that Tehran has curtailed its nuclear weapon ambitions per the Joint Comprehensive Plan of Action (JCPOA), and the latest report by the International Atomic Energy Agency (IAEA) shows that the Islamic Republic is complying with the nuclear deal, there are several reasons why some believe this conclusion is inaccurate.

According to Dr. Majid Rafizadeh, the Harvard-educated Iranian-American political scientist and president of the International American Council, “(T)he IAEA has repeatedly failed to comprehensively report on Iran’s nuclear activities. It should be recalled that it was not this organization that exposed Iran’s major clandestine activities and undeclared nuclear sites in the cities of Arak and Natanz in 2002.

Rather, it was the Iranian oppositional group, the National Council of Resistance of Iran (NCRI), that revealed Tehran was secretly working on uranium enrichment at a facility in Natanz and producing heavy water in Arak.” The international community had been warned by the NCRI about Iran’s secret nuclear activities even before the revelations about these critical and clandestine facilities. However, the IAEA, who reports to the UN, failed to take those intelligence reports seriously, until Iranian leaders were caught out for not declaring the existence of nuclear facilities and for violating the terms of the Treaty on the Non-Proliferation of Nuclear Weapons.

Iran claims that their nuclear facilities and activities are only designed for “peaceful” purposes, but in 2016, Germany’s domestic intelligence agency revealed that the Iranian government had been pursuing a “clandestine” path to obtaining nuclear technology and equipment from German companies “at what is, even by international standards, a quantitatively high level.”

The NCRI made further revelations the following year — such as that the highly protected Parchin military base in Iran is being secretly used to continue the nuclear weapons project.The NCRI stated, “The unit responsible for conducting research and building a trigger for a nuclear weapon is called the Center for Research and Expansion of Technologies for Explosion and Impact, known by its Farsi acronym as METFAZ.”

The NCRI warned that the Iranian Mullahs’ nuclear weapons project was continuing its work. They explained, “Following the establishment of the JCPOA in 2015, not only has the unit remained in place and its activities have not subsided, but it is now clear that in some fields its activities have even expanded.”

This is why Dr. Majid Rafizadeh believes that Iran has not allowed the IAEA to inspect or monitor many of its nuclear-related sites, “including the SPND centers. During the nuclear talks, Iran was determined that Parchin must be beyond the reach of IAEA inspectors. Iran has also frequently boasted that the IAEA is not permitted to inspect many locations, including Parchin.”

Iran disguises its nuclear centers by labeling them as military sites or conventional research centers. But, Iranian leaders admit that they have not scaled back their nuclear activities.

The head of the Atomic Energy Organization of Iran, Ali Akbar Salehi, said in an interview with Iran’s Channel 2 last week, “If we have to go back and withdraw from the nuclear deal, we certainly do not go back to where we were before. We will be standing in a much, much higher position.”

Since Iran’s secret nuclear activities are likely carried out at the country’s military sites, Dr. Rafizadeh believes that the IAEA should inspect the Parchin military site as well as all SPND centers, so that it can accurately report on Iran’s compliance with international rules and agreements.

AFP: A senior Iranian official on Friday ruled out...

AFP: Iran said on Tuesday that it had invited...