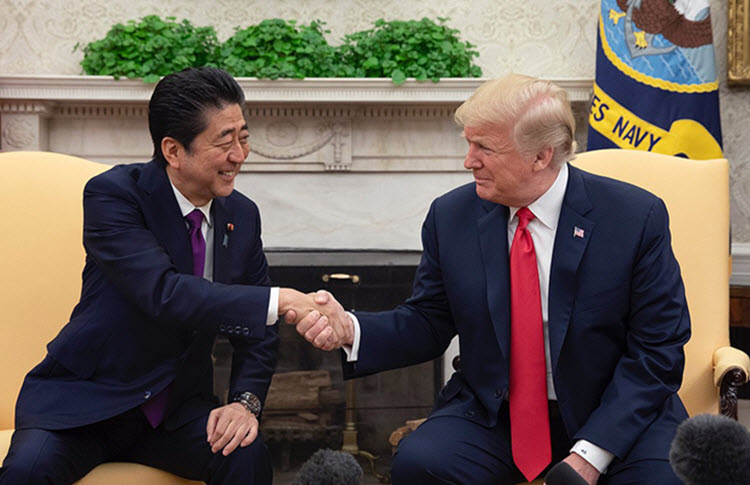 U.S. Ambassador to Japan William Hagerty on April 27 told reporters in a call that Trump and Abe also discussed a “desire to see Iran change its path and seek a more peaceful course forward.”

The two leaders met at the White House on April 26.

Washington has been stepping up the pressure politically and financially on Tehran since President Trump took office in January 2017, saying Iran is attempting to develop nuclear weapons and is supporting extremist violence in the region. Tehran denies the charges.

Trump has demanded nations stop purchasing Iranian oil by May 1 as he attempts to bring Tehran’s crude exports down to zero.

Reuters: The United States should remove the main exiled...

New York Times: The Bush administration is preparing to...