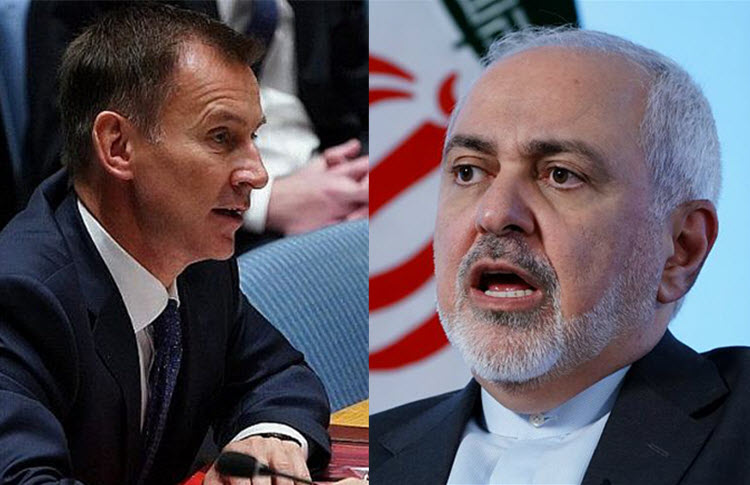 Britain’s Foreign Secretary Jeremy Hunt has dismissed the suggestion of a prisoner swap for a British-Iranian mother being held in Tehran as a “vile” diplomatic ploy, while her husband told AFP the idea was “almost impossible”.

In New York, Iran’s Foreign Minister Mohammad Javad Zarif on Wednesday suggested a swap between Nazanin Zaghari-Ratcliffe, who is in jail in Tehran for alleged sedition, and Negar Ghodskani, an Iranian woman held in Australia on a US extradition warrant.

Hunt on Thursday said there was a “huge difference” between the two women.

“The woman in jail in Australia is facing due process, a proper legal procedure, and she is alleged to have committed a very serious crime,” he told reporters in London.

“Nazanin Zaghari-Ratcliffe is innocent — she has done nothing wrong.”

He added: “What is unacceptable about what Iran is doing is that they are putting innocent people in prison and using it as leverage.

“I’m afraid that is what is happening with this Australian case. They’re saying, we’ll only release this innocent Brit if you’ll do something that suits us diplomatically.”

Richard Ratcliffe, Zaghari-Ratcliffe’s husband who has been campaigning for her release, said he was “blindsided” by the offer as he followed Zarif’s speech on Twitter and does not think it is the “way forward”.

“It’s clearly a hopeful thing that he was talking about her release explicitly,” he told AFP.

“At the same time, linking her in a public way to a big complicated deal that is almost impossible to do because it’s been made public could easily be a displacement tactic.”

Zaghari-Ratcliffe worked for the Thomson Reuters Foundation and was arrested in 2016 while visiting relatives for the Persian New Year.

Iranian authorities accused her of plotting against the government and handed her a five-year jail sentence for sedition.

Britain has taken the unusual step of granting her diplomatic protection in a bid to free her.

Ghodskani, a legal resident of Australia, was arrested in 2017 after US prosecutors said she sought US digital communications technology by presenting herself as an employee of a Malaysian company.

US prosecutors said she in fact was sending the technology to Iranian company Fanamoj, which works in public broadcasting.

Both women have been separated from their young children while being detained.

Ratcliffe has also been separated from his daughter Gabriella, who was with her mother when she was detained in Iran and has since remained in the country with her grandparents.

The prospect of Gabriella’s possible return to Britain after her fifth birthday this June is causing Zaghari-Ratcliffe fresh anguish amid her continued detention, he said.

Ratcliffe said his wife was “lifted” by the British government’s decision to grant her diplomatic protection in March.

But he added: “generally, her spirits are gradually sinking now.”