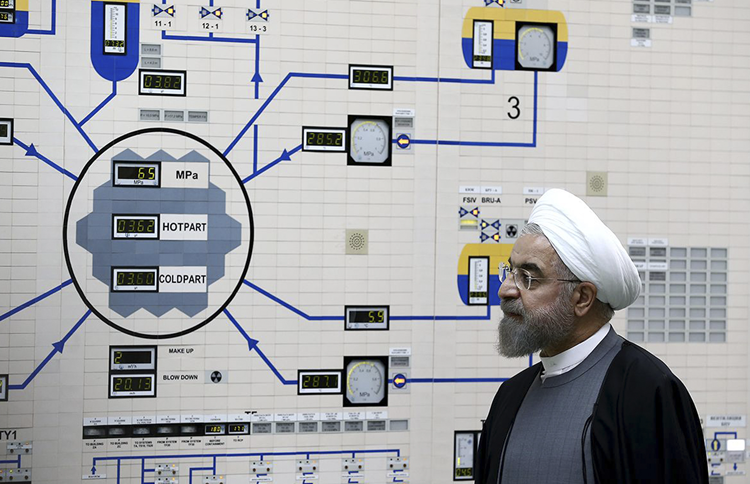 Iran recently warned that it would ignore the limits set out by the Joint Comprehensive Plan of Action (JCPOA) with regards to the amount of enriched uranium it can hold. Despite pleas from a number of countries including Japan, the United States, France, Germany and the United Kingdom, Iran has gone ahead and surpassed the limits.

The United Nation’s nuclear watchdog, the International Atomic Energy Agency (IAEA) that oversees compliance to the nuclear agreement has confirmed that Iran has indeed followed through with its threat.

Although the IAEA did not go into details about how much Iran had gone over the limit which is set at 3.67 per cent, a spokesperson from the Atomic Energy Organization of Iran has said that the country has reached approximately 4.5 per cent purity.

This is far from the 90 per cent purity that it would require it to build a nuclear weapon, but officials have previously said that there are plans to build this up to 20 per cent.

Some analysts are not concerned about these latest developments, stating that this increase will only make a difference of days or perhaps weeks to Iran’s breakout time which still sits around a year. However, others are a little more pessimistic, or maybe more realistic, about the news. They say that what should be of immediate concern is the viability of Iran’s nuclear weapons program.

When the 2015 nuclear deal was agreed, Iran did not have to dismantle any of its existing structure as it was at that time. This means that Iran has the capability of exceeding the limit of a 300 kg quantity with relative ease, and allowing it to be enriched to a higher degree of purity.

Therefore, to go from around 3 per cent, to 4 percent to 20 per cent will just lead to Iran reaching 90 per cent.

Iran is trying to get as much leverage as it possibly can, pinning its hopes on the Europeans giving in to Iran’s demands to help Iran get around the tough economic sanctions that the United States re-imposed when it pulled out of the nuclear deal last year.

However, Iran is pushing its luck and the European signatories of the deal are not impressed by Iran’s behaviour. They have said that if Iran exceeded the enriched uranium limits set out in the deal, they would consider this to be a violation of the terms.

The White House issued a statement earlier confirming that President Trump has been in touch with French President Emmanuel Macron with regards to Iran’s activity. The Spokesperson for the White House said that the two leaders discussed the “ongoing efforts to ensure that Iran does not obtain a nuclear weapon and to end Iran’s destabilizing behavior in the Middle East”.

John Bolton, Trump’s National Security Adviser, said earlier this week that the United States will continue to pressure Tehran until it abandons its nuclear weapons program.

Sunday Telegraph: Nowhere is the West’s inability to grasp...

Iran Has Stake in Namibia Uranium Mine, Says Owner

Reuters: Iran, which the United States accuses of secretly...