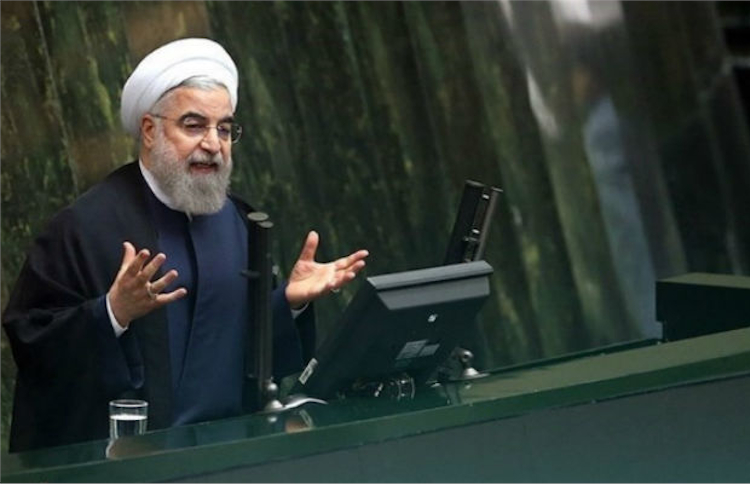 Iranian President Hassan Rouhani threatened Tuesday that Tehran would further decrease its commitments to the 2015 nuclear deal on Thursday, September 5 unless Europe managed to protect Iran’s economy from US sanctions.

Rouhani told an open session of parliament: “If Europeans can purchase our oil or pre-purchase it and we can have access to our money, that will ease the situation and we can fully implement the deal… otherwise we will take our third step.”

The 2015 deal, also known as the Joint Comprehensive Plan of Action (JCPOA), was agreed by Iran and six world powers – the US, the UK, France, Germany, China, and Russia. It lifted sanctions on Iran in exchange for a supposed curbing of Iran’s nuclear program, which the US says never came to pass. That’s why the US withdrew from the deal and began reimposing sanctions on Iran, specifically its oil industry, in May 2018.

In response, Iran began to scale back its nuclear commitments in May 2019, including increasing its stockpile of heavy water and enrichment of uranium above the limits allowed in the accord. Iranian authorities threatened that their next move would be “stronger”, possibly meaning that they’d enrich uranium to 20% or restart their centrifuges, which purify uranium for nuclear weapons.

This is part of Iran’s plan to increase pressure on the European parties to protect Iran from US sanctions, something that Europe warned was only possible if Iran was fully committed to the nuclear deal. Europe has tried to fix the confrontation between the two countries, with French President Emmanuel Macron even inviting Iranian Foreign Minister Javad Zarif to the G7 last month.

However, Rouhani also told the Parliament on Tuesday that Iran wouldn’t hold bilateral talks with the US, but that the US could join multilateral talks between Iran and other parties to the deal if the US lifted sanctions on Iran. He said: “No decision has ever been taken to hold talks with the US and there has been a lot of offers for talks but our answer will always be negative. If America lifts all the sanctions then like before it can join multilateral talks between Tehran and parties to the 2015 deal.” This was something that he also said last month.

Donald Trump said that he is willing to meet Iran’s leaders and hold unconditional bilateral talks to end the confrontation, but that he will not end his “maximum pressure” approach until a new deal is reached.

Reuters: The seizure of weapons from Iran in a...