Pompeo’s Visit to Europe May Yield a Unified Iran Strategy 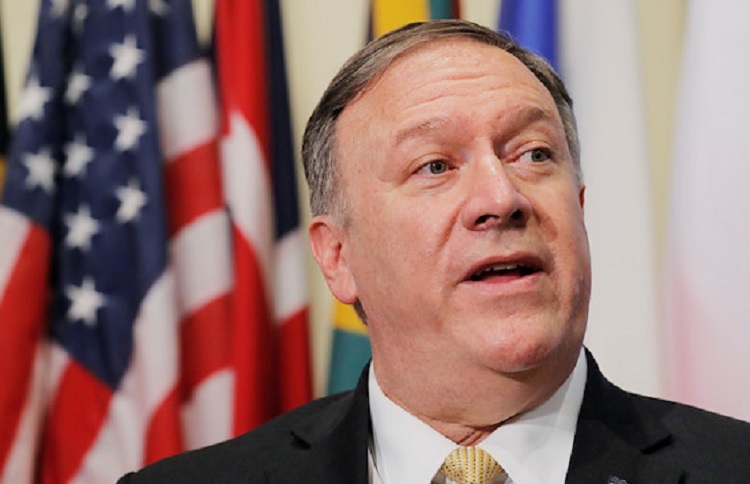 The two-day visit by US Secretary of State Mike Pompeo to Brussels is an incredible opportunity to address several important issues regarding cross-Atlantic relations, especially the threat posed by Iran, and create a unified strategy to deal with them, according to former Italian foreign minister Giulio Terzi.

Terzi, a member of United Against Nuclear Iran’s Advisory Board, wrote that American officials see this as a chance to “reset” the relationship between the US and Europe and that European officials hopefully feel the same. Iran has shown increased aggression towards commercial shipping in the Middle East, something exemplified by the seizure of a British-flagged vessel in mid-July and several attacks on other tankers in May and June before the US launched an attack on a key part on Iran’s cyberinfrastructure that was used to plot the tanker attacks.

The UK has directed its warships to the Middle East for the foreseeable future to protect British shipping by shadowing vessels through the Strait of Hormuz, but Europe as a whole is failing to recognise that the Iranian threat extends to them as well.

Terzi wrote: “The EU may be able to fool itself into believing that the naval activities of the Islamic Revolutionary Guard Corps have been directed only against the US and Britain, even though seized and damaged tankers have born the flags of various countries including Norway and Japan. But no such self-deception can be justified when it comes to the threat of terrorism originating in or backed by Tehran.”

He spoke about several of the bomb plots and planned assassinations across the West in 2018 alone that were foiled by Western authorities, highlighting that these weren’t limited to countries that enforced economic sanctions against Iran. Then Terzi goes into detail about the biggest example of Iranian terrorism last June, where high-ranking Iranian diplomat Assadollah Assadi plotted to bomb the National Council of Resistance of Iran’s Free Iran rally in Paris, using a couple of Iranian agents living in Belgium to plant the explosive. The event is normally attended by 100,000 people, including hundreds of dignitaries from Western and international policy circles.

Terzi wrote: “Had the plot been successful, it would have not only taken place on European soil but would have almost certainly claimed European lives. If one is aware of this incident, one cannot deny that the Iranian threat to the international community is genuine, severe, and far-reaching.”

Assadi and his accomplices are currently awaiting trial in Belgium, but it is clear that this plot was signed off on by Iran’s President Hassan Rouhani and Supreme Leader Ali Khamenei. That’s why it’s so worrying that French President Emmanuel Macron told his security chiefs to keep silent about last year’s terror plot.

Hopefully, Pompeo’s visit will convince Europe to hold Iran to account for its crimes and punish all those responsible for terrorism in Europe and around the world.

Government corruption in Iran has looted around 80 percent...