Wall Street Journal – REVIEW & OUTLOOK: President Obama yesterday declared “a responsible end” to the Iraq war with the close of U.S. combat operations on August 31. It’s a taste of wartime success for the President, but it does not mean an end to America’s commitment to Iraq.

As a U.S. combat role ends, Iraqis have a chance to make a nation. 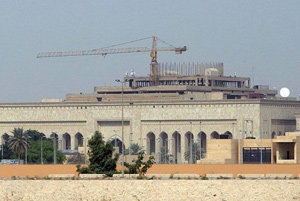 President Obama yesterday declared “a responsible end” to the Iraq war with the close of U.S. combat operations on August 31. It’s a taste of wartime success for the President, but it does not mean an end to America’s commitment to Iraq.

The U.S. paid a substantial price in life and treasure to replace an aggressive tyranny, which had designs on weapons of mass destruction, with a functioning democracy. The 2003 fall of Baghdad achieved the first goal. But for all the progress, the broader political transformation is incomplete.

Iraqis admit the shortcomings of their new order—from electricity brownouts to unemployment, corruption and sectarian violence. But one would be hard pressed to find any Iraqis—Sunni, Shia or Kurd—who don’t cherish their ability to criticize without fear inside the Arab world’s freest democracy.

Part of our continuing obligation to Iraq is to play honest broker between its factions. Meanwhile, the 50,000 American troops still in Iraq come September can continue to help build Iraq’s military and police. Terrorists in Iraq are weakened but not defeated.

This democracy will be messy. Few aren’t. Parliamentary elections in March produced a stalemate between incumbent Prime Minister Nouri al-Maliki’s party and a Sunni-backed grouping led by Ayad Allawi, a former prime minister. Both men have failed to put together a government.

On the advice of U.S. Ambassador Christopher Hill, the U.S. stayed on the sidelines too long. Picked for Baghdad with no prior Mideast experience, he clashed with the commander of U.S. forces, General Ray Odierno, who preferred closer engagement. Mr. Hill left the post in late June, and the good news is that his replacement, James Jeffrey, comes to the job with stronger Iraqi credentials. We were glad as well to see Vice President Biden visit Baghdad last month to urge a political settlement.

Sunni terrorist groups are blamed for the escalation of violence against civilians in recent months, while neighbors meddle. Iran wants to keep Mr. Maliki in office with the support of religious Shia parties. Saudi Arabia, Turkey and Syria would prefer to see Mr. Allawi and minority Sunnis in power. With cover from the U.S., Iraqis should be able to work toward forming a new government. One goal of any coalition talks should be to reduce the influence of the pro-Iranian firebrand cleric Muqtada al-Sadr and his Shia militia.

Mr. Obama earned this victory lap by taking political heat from the Democratic left and staying the Bush course in Iraq. “The hard truth,” he said yesterday, “is we have not seen the end of American sacrifice in Iraq.” It is also true that because of that sacrifice, a major terror threat is gone and Iraq’s people have a path forward.

Four charged in plot to export jet engines to Iran