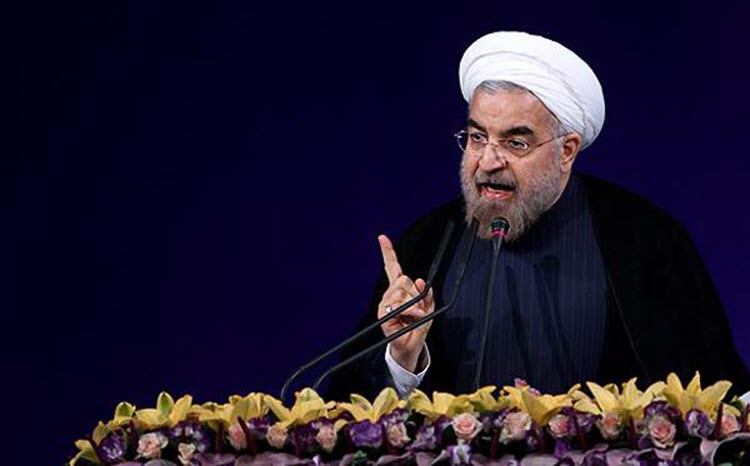 London, 30 Jun – The Former European Parliament Vice-President Alejo Vidal-Quadras has warned that the West needs to be more vigilant against Iranian propaganda, which depicts the world’s number one state sponsor of terrorism as an ally in the War on Terror.

Vidal-Quadras, president of the Brussels-based International Committee in Search of Justice (ISJ), wrote that the Iranian Regime often tries to paint its actions, like launching missiles towards the Deir-es-Zour region of eastern Syria, as justified in the war on terror, but they aren’t.

If we believe that Iran’s Revolutionary Guards were firing on ISIS in response to a terror attack, we have to ask why they gave no warning to the US-backed troops who were fighting ISIS on the ground. Iran does not care which side you’re on; they only want control of the region.

Even the terror attack that the Regime claim to have been avenging, may have been orchestrated by the Regime as a way of conveying the rest of the world to feel pity for them.

Maryam Rajavi, president of the National Council of Resistance of Iran (NCRI), said that the number one state sponsor of terror was trying the switch its media portrayal from murderer and victim while still supporting terrorism.

Vidal-Quadras wrote: “The real victims of these vicious actions are the innocent people killed or wounded that deserve indeed our solidarity, and not the cruelest and oppressive regime of the planet…. [The Regime is] trying to overcome the country’s economic and political isolation without compromising on its violent and destabilising activities in the region and the world.”

Even if the attacks were really perpetrated by ISIS, it still doesn’t excuse the Regime’s past behaviour; if a serial killer got his arm broken by another serial killer, he’d still be tried for the murders he committed, right?

Vidal-Quadras wrote: “The latest ISIS attacks change nothing about the Iranian regime’s history, ideology, or conduct. Since its co-opting of the 1979 popular revolution, that regime, and in particular its Islamic Revolutionary Guards Corps (IRGC), has been the main driving force behind Islamic extremism on both sides of the sectarian divide.”

This divide may have even created ISIS and other Sunni militant groups in the Middle East, so the Iranian Regime is in effect the founder of ISIS. In many ways, the Iranian Regime and ISIS are two sides of the same coin; the abhor human rights, have adversarial relationships with the West, and promote terrorism around the world.

Vidal-Quadras wrote: “It is important for the entire international community to remember that any expansion in economic, political, or security cooperation with Tehran will be an act of outreach to the totalitarian regime that has had the most profoundly destructive impact on the lives of the Iranian people, killing untold numbers of dissidents and activists since the inception of the Islamic Republic, including 30,000 political prisoners, mostly from the opposition group MEK, in the summer of 1988.”

This is why we must support the Iranian Resistance (NCRI/MEK) and its elected leader Maryam Rajavi, who currently serves as a government-in-exile and have a ten-point plan to create an Iran for the 21st century. They believe in having better relations with other countries, ending Iran’s links to terrorism, and putting human rights at the centre of their organisation.

On July 1, the Resistance is holding a Free Iran rally in Paris with over 100,000 dignitaries, politicians and activists in attendance, where they will call for freedom for their people. The blacklisting of the Iranian Revolutionary Guards as a terror organisation and convince Western government that they don’t have to support the lesser of two evils in Iran.

Iraq will not be used to ‘harm’ Iran, PM vows