Wall Street Journal – Review & Outlook: Another International Atomic Energy Agency report serves up more data on Iran’s atomic progress. Ho-hum. So, barring an epiphany of seriousness by the so-called international community, one of these days Mahmoud Ahmadinejad will usher his regime into the world’s club of nuclear states.

Now you see a nuclear proliferation threat, now you don’t. 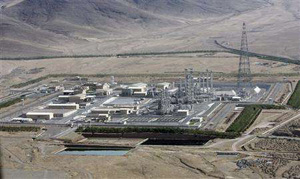 Another International Atomic Energy Agency report serves up more data on Iran’s atomic progress. Ho-hum. So, barring an epiphany of seriousness by the so-called international community, one of these days Mahmoud Ahmadinejad will usher his regime into the world’s club of nuclear states.

The IAEA’s 11-page report, circulated to member countries Monday, suggests that day looms sooner than later. What’s most striking isn’t the latest, fast-growing tally of enriched uranium but Iran’s escalating war against the Vienna-based watchdog itself. Tehran is closing the blinds even on its declared, supposedly peaceful, civilian sites.

The report says that in June Iran barred two inspectors who had earlier this year reported that Iranian scientists had told them about plans to work with uranium metal, which can be used to make a nuclear device. The Iranians said the inspectors had made “false and wrong statements.”

The IAEA has also sounded the alarm on Iran’s growing refusal to cooperate with inspectors, allow access to nuclear sites and answer its questions—for example, about its nuclear warhead program. It says it can’t confirm the quantity of certain nuclear materials and wasn’t provided information it sought about plans for new enrichment facilities. The IAEA says it “is concerned that the repeated objection to the designation of experienced inspectors hampers the inspection process and detracts from the agency’s ability to implement safeguards in Iran.” No doubt.

By now this is Groundhog Day, the Persian movie classic. The Iranian secret enrichment plant at Natanz came to light in 2002 and the illegal underground facility near Qom last year. Information about Iran’s consistent attempts to build warheads and procure ballistic missile technology and hardware has come out in steady bits. As Iran now pulls a longer shroud over its nuclear work, how can anyone not consider anything Iran does in the nuclear field a significant proliferation threat?

That includes the nuclear power plant in Bushehr, the Russian-built facility that was loaded with fuel last month and will be fired up shortly. The nuclear fuel comes from Russia and by contract the spent rods will be sent back there. But already Iran has asked to manage the handling of the fuel jointly with Russia. Little stands in its way to one day reprocess it into weapons-grade plutonium. The contempt shown the IAEA is a harbinger of Iran’s commitments to Russia at Bushehr.

The latest U.N. sanctions adopted in June—the hallmark of the Obama Administration’s strategy toward Iran—aren’t pushing the regime off its atomic path. Iran’s stockpile of low-enriched uranium rose 15% since May, to 2.8 tons, enough to make up to three bombs. At least 22 kilograms were enriched up to 20% purity, a technical milestone for Iran; from there, it can hop within weeks to the 90% required in a nuclear device. The IAEA does report Iran has slightly fewer centrifuges busy refining uranium—for all they know. U.S. intelligence says Iran needs a year to get a bomb, as if that’s reassuring.

These IAEA reports, which sound so depressingly similar, ought to rally our leaders to explain the grave stakes here, in particular that military force might be needed as diplomacy and sanctions seem to be failing, and rally the world to stop Iran from acquiring a bomb. U.N. inspections won’t matter once the first bomb goes off.