Is the US State Department blackmailing Iranian dissidents in Iraq to placate the al-Maliki regime?

Daily Mail: The US State Department should feel ashamed of itself. Rather than stand up for the humanitarian rights of defenseless refugees, State Department officials have decided to side with the murderous Iraqi regime.

By Lord Carlile Of Berriew 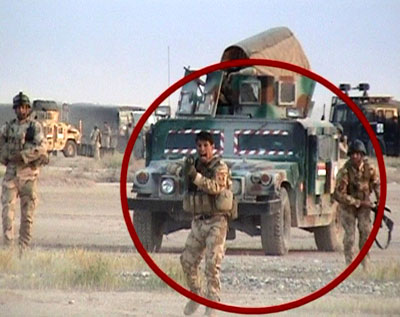 The US State Department should feel ashamed of itself. Rather than stand up for the humanitarian rights of defenseless refugees, State Department officials have decided to side with the murderous Iraqi regime.

The Department’s support for Iraqi Prime Minister Nouri al-Maliki knows no limit; officials have not flinched from employing despicable tactics including the holding of innocent lives, some of them children, to ransom.

Around 3,400 individuals are today under siege in two camps near Baghdad: Camp Ashraf, to the north of the capital, and Camp Liberty, a former US military base. The Iraqis consider these people criminals because they support the People’s Mujahedin of Iran (PMOI/MEK), the main opposition force in Iran, Iraq’s newest and closest ally.

Al-Maliki and his cronies want Ashraf closed down and all residents transferred to Liberty, which has been turned into a prison camp. The Iraqis have shown they have no qualms about using violence to further their aims. On two occasions, in 2009 and 2011, Iraqi troops stormed Camp Ashraf, killing 49 and wounding more than 1,000. Despite this bloody past, the residents have agreed to abandon Ashraf – a place they have called home for more than 20 years – under an agreement brokered by the United Nations, but on one condition: their new place of residence must meet basic minimum humanitarian standards.

This is not an unreasonable request. Residents are, for example, asking to be able to take air conditioners with them so that they can cope with the incredible heat. They ask that Iraq allow the transfer of specially-designed vehicles and trailers for the disabled, as well as 50 cars – this means one car for every 40 residents. They want Camp Liberty connected to Baghdad’s water works, or at least the chance to hire contractors to pump water from a nearby canal. They ask to be able to bring the water purification system they built in Camp Ashraf to Camp Liberty – is this a ridiculous request? They also ask for the right to sell the property they have been forced to abandon in Ashraf. While all sales might not necessarily have been completed before the move is over, the Iraqi government should at least agree in principle. Why should anyone have the right to confiscate everything the residents have worked so hard to build up?

The US government and the State Department in particular, say these requests amount to stalling. Not only will the US not support the Camp Ashraf refugees – who were officially under the protection of the US Army until the pullout – they have added insult to injury by linking the relocation of the Ashraf residents to the MEK’s campaign to be removed from the US designated terror list.

You could be forgiven for thinking that this essentially amounts to blackmail. Making Ashraf residents choose between going to the ironically named Liberty prison or remaining in Ashraf as a so-called terrorist and possibly subjected to another deadly al-Maliki raid, is no one’s honour. Intimidating innocent Ashrafians in this way is denigrating for the State Department. The US is supposed to set an example in the field of human rights rather than belittle itself in order to please Iran’s proxy in Baghdad.
Clearout: Flags at the entrance to Camp Ashraf

Clearout: Flags at the entrance to Camp Ashraf

The truth of the matter is quite simple. The transfer from Ashraf to Liberty has stalled due to the Iraqi Government’s repeated reneging on the commitments made to the United Nations. The residents and their leadership have said they are willing to go as soon as minimum humanitarian needs are met.

The transfer and the de-listing of the MEK are totally separate issues. If the two were connected, they would have been examined together by the US Federal Court of Appeals D.C. Circuit in June. The Court, in its June 1 ruling, pointed out that if anyone was stalling, it was the State Department, by refusing to rule on the MEK’s terror designation. There is clearly no evidence for the organization’s inclusion; if there were, it would have come to light during the two years that the State Department has pondered the issue. If there were evidence, the UK and the European Union would not have removed the MEK from their own terror lists, as both have done. The court gave the US administration until October to make its mind up.

The fact of the matter is that the State Department has protracted to keep the MEK on the terror list – despite the lack of evidence – in order to appease the Iranian dictatorship. State Department officials are desperate to find an excuse to maintain the list as it is. Sadly for the men and women of Ashraf and Liberty, they have become the human shields in the State Department’s last stand.

State Department diplomats should be reminded this is not the way to uphold the honour and valour of the nation that Abraham Lincoln called ‘the last best hope of earth’.

Bush urges Hu and Putin on North Korea and Iran