To strike, or not to strike, Syria?

Los Angeles Times: After two weeks of furious debate about whether the United States should attack Syria, the arguments on both sides are now clear. Haven’t been paying attention? Still undecided? Here are the most cogent arguments for and against a military strike.
Three arguments for and three against taking military action. 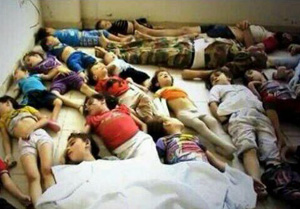 After two weeks of furious debate about whether the United States should attack Syria, the arguments on both sides are now clear.

Haven’t been paying attention? Still undecided? Here are the most cogent arguments for and against a military strike.

First, the case for intervention.

The most basic reason to attack is the one advanced from the beginning by President Obama and his aides: to deter Syrian leader Bashar Assad from using chemical weapons again. If he doesn’t pay a heavy price for the Aug. 21 incident that killed hundreds of civilians, he’s likely to use more sarin. As Secretary of State John F. Kerry asked a House committee: “Are you going to be comfortable if Assad, as a result of the United States not doing anything, then gasses his people yet again?”

The second major argument for a military strike involves a broader principle: shoring up the international prohibition against the use of chemical weapons. Most of the world’s chemicals weapons have been destroyed in recent years, and most nations agree they should never be used.

As Kerry told a Senate hearing: “The norms and laws of the civilized world, that’s what this vote is for. If we don’t answer Assad today, we will erode the standard that has protected our troops for a century.”

The third chief reason for acting is that America’s credibility is at stake, especially since Obama declared large-scale use of chemical weapons by Assad’s forces a “red line” that would compel a U.S. response. If it appears to the world we were only bluffing with regard to Syria, why would any nation take a U.S. threat seriously?

As Defense Secretary Chuck Hagel put it: “Our refusal to act would undermine the credibility of America’s other security commitments, including the president’s commitment to prevent Iran from acquiring a nuclear weapon.”

On its face, that argument is mostly about Iran; if there’s no attack, officials say, Iranian leaders will conclude that they can ignore Obama’s red lines against seeking nuclear weapons. But the argument is also about Israel, and it isn’t theoretical: Prime Minister Benjamin Netanyahu has warned that he may attack Iran’s nuclear installations if he cannot rely on Obama’s promises. A failure to launch a small-scale attack against Syria now, officials say, would make a large-scale war with Iran more likely later.

Those are the chief arguments for intervening, and they’re persuasive. But there are also good arguments against.

First, as even Kerry has acknowledged, there’s no guarantee that a single round of U.S. strikes would succeed in stopping Assad from using chemical weapons. He might emerge from his bunker after a few days, declare his survival a victory and order another sarin attack to prove the point. In that case, the administration would probably strike again to reinforce the principle of deterrence — a scenario that raises the prospect of further escalation by both sides.

Second, military action almost always produces unintended consequences. Strikes against Syria are likely to harm civilians as well as military targets. And they could prompt retaliation by Syria or its allies against U.S. embassies or other targets — actions that could, again, lead to further escalation.

Both of those arguments lead directly to the third and most compelling argument against intervention: the prospect that even limited military action could be a slippery slope to another war. “None of us want to be involved in a long-term conflict in Syria,” said Sen. Tom Udall of New Mexico, one of the Democrats who opposes military action. “I worry that we have now committed ourselves to a level of support [for the opposition] … in the event that there is a likely follow-on civil war.”

Looming over the arguments on both sides is a larger debate: What goals should the United States pursue in Syria, and how can those goals best be achieved? Obama’s chronic lack of clarity on that account has earned him well-founded criticism from all four sides: from both Republicans and Democrats who loathe the prospect of military intervention, and from Republicans and Democrats who don’t think he’s doing enough. The president’s biggest unfinished job is to connect the military action he intends to a larger, more coherent plan.

My own reluctant judgment is that Obama and Kerry are correct. Chemical warfare is different from conventional warfare; it does cross a line that ought to be enforced, and that limit would have existed whether or not Obama had drawn his red line.

Still, the consequences of action will be painful. Military action is never as surgical as its planners would like. No matter how limited, a strike against Syria is an act of war that will put Americans at risk. And if Assad retaliates, it won’t be easy to keep the conflict from becoming a slippery slope.

Many of the arguments on both sides are sound. Anyone who supports it should do so with reluctance. And anyone who opposes it should be reluctant too.

Bloomberg: The amount of sugar awaiting loading at ports...