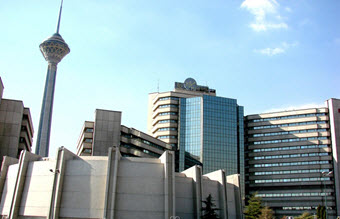 London, 10 Jul – According to an article in Saturday’s edition of Scotland’s The National, Greg Russell believes that “Iran’s regime is weakened and engulfed in real crises.”

That may be an accurate assessment, as tens of thousands of Iranians opposed to the current regime rallied in Paris Saturday, for the annual “Free Iran” conference sponsored by the National Council of Resistance of Iran (NCRI) and its president-elect, Maryam Rajavi.  This event highlighted the plight of Iranians seeking basic human rights and democracy.

According to Mr. Russell, “Despite claims that the regime is becoming more moderate, the NCRI said the situation in Iran was worsening, with executions at a 25-year high and Tehran openly violating United Nations resolution 2231 by continuing to test ballistic missiles.  It said the regime was sowing discord, especially in Syria, and was continuing to export Islamic fundamentalism.”

President-Elect Rajavi addressed the conference outlining her 10-point plan calling for a full democracy, equality, abolition of the death penalty, and the separation of church and state.

Mr. Russell quotes Shahin Gobadi, of the NCRI’s foreign affairs committee, who told The National: “The objective is to show the world that three years after Rouhani’s presidency, moderation by the Iranian regime is a myth and the regime is more aggressive and more belligerent than prior to the nuclear agreement.  It is time to recognise the right of the Iranian people.  The first step will be to impose further sanctions on this regime for its egregious human rights conduct, including its record as the number one executioner in the world, and its export of terror as the main state sponsor of terrorism.” Gobadi went on to say that “the Iranian resistance enjoyed ‘widespread support’ inside Iran, with many backing Rajavi, whose plan for change had already been met with international acclaim.”

This weekend as hundreds of dignitaries and government officials from Europe, the United States, and the Arab World join with the NCRI and its supporters, the message will be spread throughout the world that, “Iranians want regime change and the West should identify itself with the Iranian people and its resistance and their aspirations for change.”

Bloomberg: The United Arab Emirates' ambassador to the U.S....

Reuters: The U.N. nuclear chief said on Friday there...