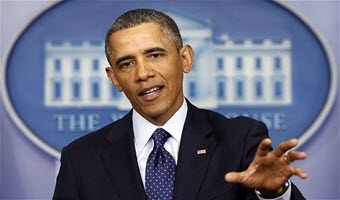 Cleaning Up After the Obama Team’s Iran Deal

Show Tehran the ways it may lose what it won at the gaming tables in Vienna.

By MICHAEL B. MUKASEY

‘We couldn’t have negotiated a better deal.” That is one of the two pillars of the Obama administration’s argument in favor of its nuclear arrangement with Iran, the other being, “there’s no alternative but war.” Those two propositions appear to have won the day—at least with enough Democrats in Congress to prevent a vote disapproving of the Joint Comprehensive Plan of Action. The Iran deal remains deeply unpopular with the American public and with the Republican majority in Congress.

Over the past few months, the two propositions regarding the deal left opponents sputtering a catalog of its numerous defects. But it must be admitted that the first proposition—“we couldn’t have negotiated a better deal”—is plainly true.

Consider who the “we” are. President Obama, the deal’s principal proponent, has repeatedly refused to recognize the existence of Islamist radicalism and failed to enforce even his own red line against Bashar Assad’s use of poison gas in Syria.

The leader of the U.S. delegation, Secretary of State John Kerry, airily endorsed an inspections regimen agreed to between Iran and the International Atomic Energy Agency—an agreement whose wording he concedes the U.S. doesn’t have, although he thinks one member of the U.S. delegation may have seen it. Not providing the text of this side deal to Congress violates directly the statutory requirement that the administration supply “annexes, appendices, side agreements” and “any related agreements.”

Mr. Kerry also concedes that Iran will prevent access to what it calls defense sites. These include the Parchin facility, where Iran carries out weaponization experiments, and at which Iran will be permitted to take its own soil samples for presentation to the IAEA.

Finally, there is Wendy Sherman, the lead U.S. negotiator. What was her response to the suggestion that Congress should have had a chance to review the deal—as the president promised and U.S. law requires—before it was submitted to the U.N. Security Council? “It would have been a little difficult when all of the members of the P5+1 wanted to go to the United Nations to get an endorsement . . . for us to say, ‘Well excuse me, the world, you should wait for the United States Congress.’ ”

Given that team, “we” really could not have negotiated a better agreement and can’t now.

Which leaves the claim that the only alternative to the nuclear deal is war. That is a half-truth. It is true that unless the U.S. presents a credible threat that at some point force will be used if the deal is violated, no arrangement with Iran means anything. It is not true that the deal sets out the only alternatives to the immediate use of force against Iran’s nuclear program, or that the deal threatens the use of force at all.

The only downside for Iran in the deal is that after a lengthy process, the regime might be found to have cheated, and economic sanctions would “snap back” into place. Even if that actually happens, whatever contracts Iran negotiates before such a finding—whether for the sale of oil, for instance, or for the purchase of “dual use” materials suitable for nuclear applications—the contracts are given immunity from sanctions under the deal, and would help the regime continue its quest for a bomb.

What alternatives are available that might convince Iran that it may not be able to keep what it won at the gaming tables in Vienna, and that force is a possibility if it cheats? One is that a later U.S. president could repudiate the deal. Against this is set the bogus claim that if the U.S. were to do so, the world would lose confidence that this country will live up to its word.

The Iran deal is not a treaty and has no constitutional status. Congress should declare, and try to get a court to declare, that President Obama has no authority to lift sanctions in Iran because he failed to comply with the Iran Nuclear Review Act he signed earlier this year—specifically, the legal requirement that he show to Congress the entire agreement including “side agreements” like the one between Iran and the IAEA.

There are other steps to take. Gen. Michael Hayden, a former CIA director, has suggested an immediate congressional authorization for the use of force if Iran violates the deal; beefing up U.S. defenses in a meaningful way; and perhaps providing Israel with the Massive Ordnance Penetrator. This “bunker buster” could penetrate even the underground Iranian enrichment facility at Fordow, which is suitable principally for creating an atomic weapon.

Has the Tehran regime ever done anything to suggest that Iran will yield to that kind of pressure? The evidence is slim, but there is some. On Jan. 20, 1981, as the resolute Ronald Reagan was sworn in to succeed Jimmy Carter, the Iranians released the 52 U.S. hostages who had been seized in 1979 at the U.S. Embassy.

Another hint comes from 2003, after the U.S. started asking questions about an until-then secret nuclear facility at Natanz—and notably after the U.S. had invaded Iraq based in part on a belief that Saddam Hussein had an active WMD program. According to the 2007 National Intelligence Estimate, Iran in 2003 suspended its weaponization and weapons-design program, although not the enrichment going on at its declared facilities.

To be credible, the force that is contemplated must—at a minimum—be able to cripple Iran’s nuclear program for the long term. Some have suggested that Iran has sufficient know-how to quickly rebuild any damaged facilities. Yet as former Defense Department analyst Matthew Kroenig and others have noted, Iran doesn’t have the kind of robust industrial base necessary to produce from scratch the infrastructure embedded at its nuclear facilities. Rather, it bought and smuggled hardware from North Korea, from the Pakistani A.Q. Khan network and elsewhere, and took about 30 years to reach its current level. Following a strike, with intense surveillance and enforcement when necessary, Iran could be kept decades from a bomb.

However, before Iran can respond to a credible threat of force there must be a U.S. administration with enough steel to do more than talk about whether a vague military option is on or off a metaphoric table. That is assuredly not the current “we.”