Iran, Despite Crackdown the “Resistance Units” Continue the Uprising 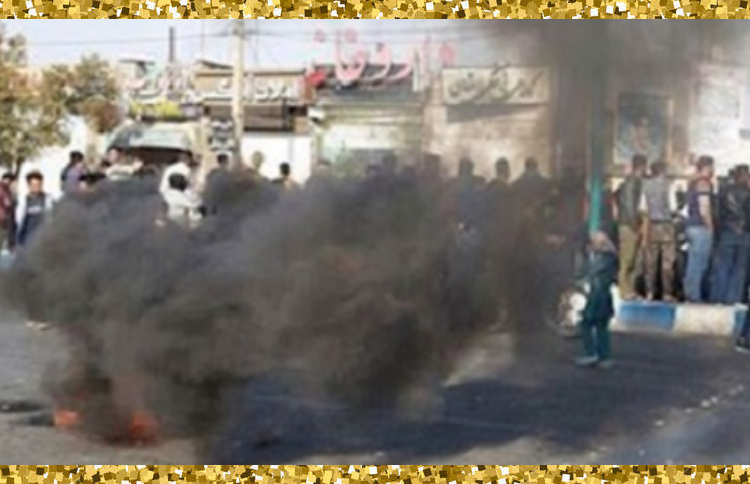 Despite a bloody crackdown on the protesters in Iran, the resistance units of Iran’s main opposing group the People’s Mojahedin Organization of Iran (PMOI-MEK) continue their activities in major cities in Iran.

On December 3, 2019, the Secretariat of the National Council of Resistance of Iran released a statement in regards to these activities.

“On Sunday, December 1, 2019, despite the state of full alert on the part of the regime’s suppressive forces, the Resistance Units posted large portraits carrying the messages of Mrs. Maryam Rajavi, the President-elect of the National Council of Resistance of Iran (NCRI), and Mr. Massoud Rajavi, the Leader of the Iranian Resistance, in different parts of Tehran, including Saeedi, Azadegan and Imam Ali expressways, Pirouzi, Shariati and Sabalan streets and Sohrevardi Park.” The NCRI’s statement reads adding: 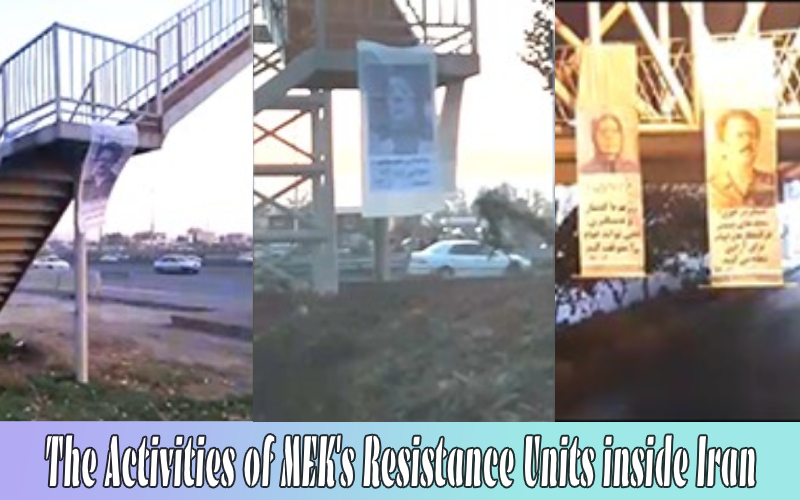 “The banners read, ‘More flames on the way. Uprising for freedom is ablaze,’ ‘Regime cannot stop the uprising with killings and arrests,’ ‘Rebellious youth have made life like hell for you,’ ‘Tremors of overthrow shake the ruling theocracy to its foundations,’ ‘Victorious strategy of Liberation Army was tested in rebellious units, districts, and cities,’ ‘The overthrow of the anti-human enemy is certain,’ ‘Rebellion continues. The only response to the Sheikh is fire. Ignite the flames,’ and ‘Death to Khamenei, hail to Rajavi. Khamenei must know, he will be overthrown very soon.”

The blood of more than 600 martyred protesters shot to death by Khamenei’s revolutionary guards and the rebellion inspire all of us to continue the uprising to sweep away the religious fascism. #IranProtests https://t.co/nViycitlyY pic.twitter.com/6wZtnWYFBj

The mullahs’ regime reacted to the uprising very bloody and it is reported that over 750 protesters have been killed by the regime’s security forces. On December 2, 2019, London based Amnesty International reported that the “death toll from a bloody crackdown on protests rises to 208.” 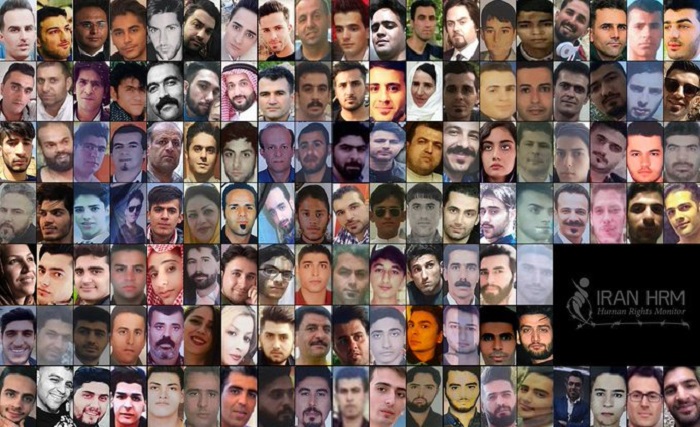 “The number of people believed to have been killed during demonstrations in Iran that broke out on 15 November has risen to at least 208, said Amnesty International, based on credible reports received by the organization. The real figure is likely to be higher.” Amnesty International said in a report.

“This alarming death toll is further evidence that Iran’s security forces went on a horrific killing spree that left at least 208 people dead in less than a week. This shocking death toll displays the Iranian authorities’ shameful disregard for human life,” said Philip Luther, Research and Advocacy Director for the Middle East and North Africa at Amnesty International.

“Those responsible for this bloody clampdown on demonstrations must be held accountable for their actions. Since the Iranian authorities have previously shown they are unwilling to carry out independent, impartial and effective investigations into unlawful killings and other arbitrary use of force against protesters, we are calling on the international community to help ensure accountability.”

AP: The Saudi Arabian ambassador to the United States...

The Observer: British officials have allowed the export to...