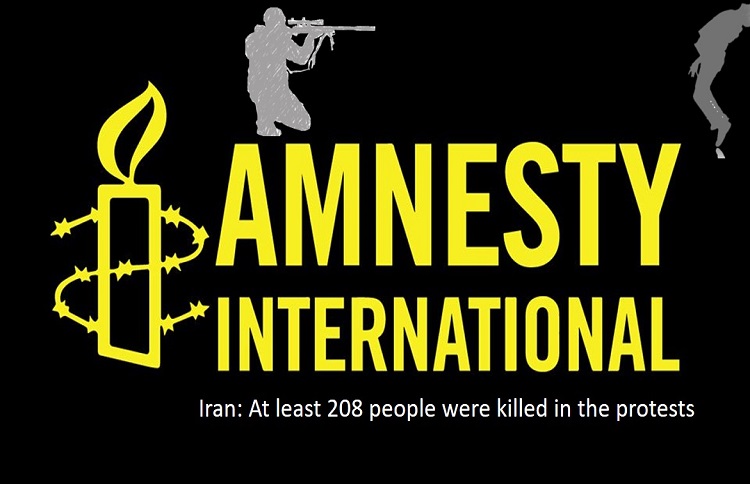 Amnesty International said in its latest report on Monday on the crackdown on popular protests in Iran in November that at least 208 people were killed in the protests, according to credible reports received by the organization.

Amnesty International said that according to credible reports, the death toll from the protests that began on 15 November in Iran has reached at least 208. The actual death toll is probably higher, it said. One of the highest figures was in the Shahriyar city of Tehran province with dozens of deaths. 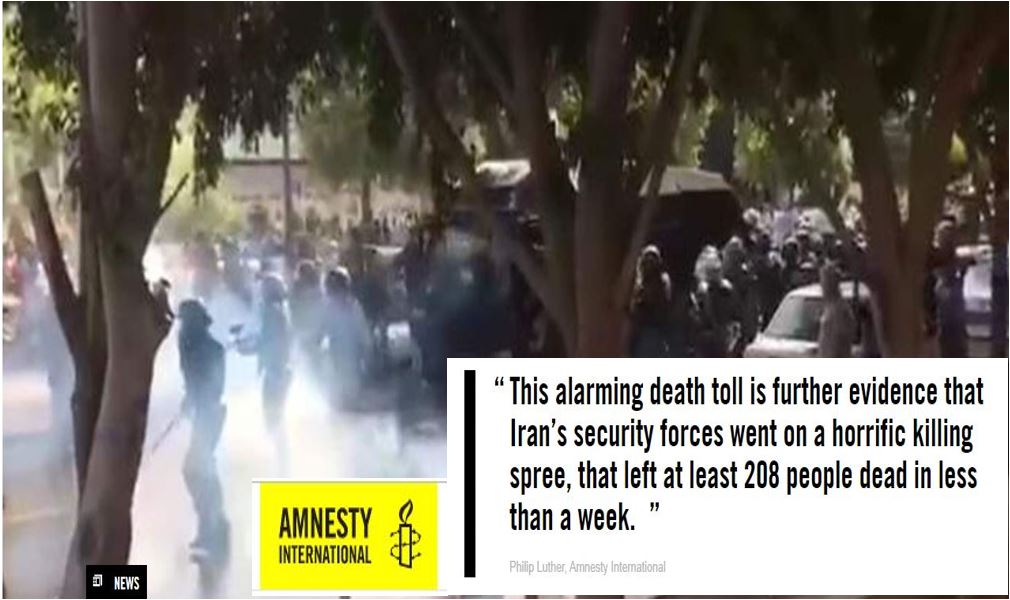 “Those responsible for this bloody clampdown on demonstrations must be held accountable for their actions. Since the Iranian authorities have previously shown they are unwilling to carry out independent, impartial and effective investigations into unlawful killings and other arbitrary use of force against protesters, we are calling on the international community to help ensure accountability.

“This alarming death toll is further evidence that Iran’s security forces went on a horrific killing spree, that left at least 208 people dead in less than a week.”

The main Iranian opposition group Mujahedin-e-Khalq (MEK/PMOI) has confirmed that the death toll is considerably higher. The MEK wrote on its website:

“The Iranian opposition People’s Mojahedin Organization of Iran (PMOI/MEK) has released the names of 28 more protesters killed by the mullahs’ security forces during the Iranian people’s nationwide November uprising. Previously, the names of 194 victims had been published. This brings to 222 the names of those shot and killed by the Iranian regime in 187 cities checkered across the country.

“The regime’s brutal crackdown on the protests has left at least 750 protesters dead. 12,000 others remain in custody of the regime and their lives are in danger.”

Maryam Rajavi, President-elect of the National Council of Resistance of Iran, tweeted:

“Death Toll in Iran Protests Surpasses 600; Wave of Arrests Continues- I urge the international community to take urgent action to stop the killing and repression in Iran.”

Death Toll in Iran Protests Surpasses 600; Wave of Arrests Continues- I urge the international community to take urgent action to stop the killing and repression in #Iran #Iranprotests #FreeAllProtestershttps://t.co/m1kjSy8l6Z pic.twitter.com/Ah4cGE7XTg

Reuters: The United States will not permit Israel to...