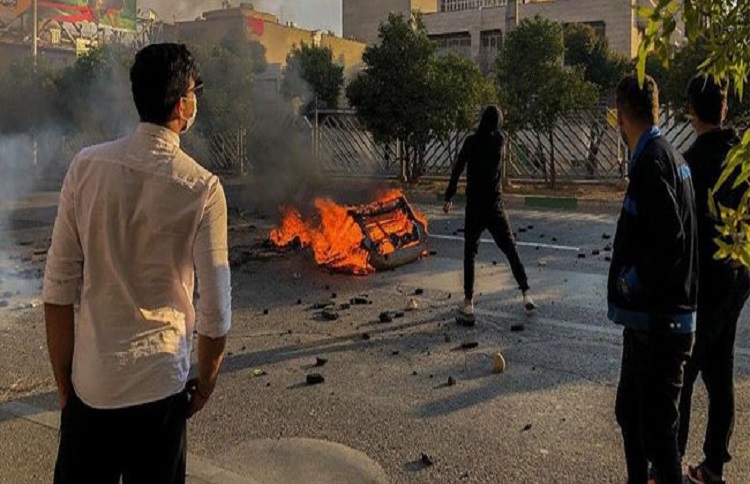 Ali Motahari: A mess has happened; it must be cleaned up in such a way as not to damage the system!

Ali Motahari, a member of the Iranian regime’s parliament, in an article published by the state-run daily Entekhab, trying to cover-up of the crimes committed by his regime during the recent uprising of the Iranian people, said: “The main thing is that a mess has been made but it has to be cleaned up so as not to damage the system (regime).”

Responding to a question about the release of videos showing people in police uniforms demolishing public places, he said: “If they are right, they should also be tried. Parliament also recommended that an investigative group be set up to address these issues. If they make a mistake, they should pay for it.”

In recent days, with the release of numerous photos and videoclips of Iran’s Revolutionary Guards Corps (IRGC) carrying out crimes against unarmed people, the social media has been radically activated against the regime and its crimes.

Zolnour: In the recent incident there are only a few cities in which the municipal building and the city council were not damaged

Mojtaba Zolnour, Head of Parliament’s National Security Commission, said: “The recent issue and Khamenei’s talk to the people and preventing further unrest has cost (him) much more. So, if we do not deal with the causes of this accident legally, we will see other problems for the system (regime).”

“The current situation of the parliament is unacceptable for various reasons. In the recent incident, 725 banks and 900 gas stations were destroyed.  Some 80 chain stores have been burnt down and there are hardly any cities that have not suffered damage to the City Hall and City Council, and the medical lab.”

“The important thing is the type of planning and training they have, and the professionalism and training they have seen to create damage. The amount of damage, including looting, torching, and crime … over the course of two days has shown that the programs are consistent and purposeful.”

“If Khamenei (Iran’s supreme leader) did not interfere in the recent incident, it was unclear what the country was going through. If the system (regime) would step back in these recent cases (protests), the damage to the country would have been doubled.”

Complaints about 40 years of resistance:

A website affiliated with Iran’s Ministry of Intelligence said in a panic over the uprising that this is the product of 40 years of resistance of the people. In an article titled “The Mojahedin’s 40 years Revenge against the People (Iran’s regime)”, it wrote: “From 1980 to 2019, for the past 40 years, the Mojahedin have always strived that Iran does not reach any political stability. Even at the height of stability, with negative news and propaganda against Iran (regime), they tried to create a period of tension.” (Habilian website, run by Iran’s Intelligence Ministry, December 2019)

But the main reason for the Iranian regime’s concern is the bad situation of the regime and the end of its era.

“Yes, the enemy has always a bunch of stones in the hands,” said cleric Moussa Salemi on 29 November. “The supreme leader also told the Basijis, that the Basij should always be ready. The enemy always has stones in the hand, he is always ready.”

The website continued: “According to security forces, the MEK/PMOI played a major role in the disturbances. This fact is highlighted when we know that in the past 40 years, the MEK has used every opportunity to create insecurity and unrest in the country.”

Cleric Hossein Rezapour at Friday prayers in Javadabad of Tehran, on 29 December 2019 said: “With the rise of gasoline price, it was a good opportunity for them to execute a dangerous conspiracy sooner, and the main executor in this conspiracy was the MEK.”

AFP: Three US hikers who entered Iran illegally were...

According to the state-run Mashregh website, an informed official...
News on Iran Protests & Demonstrations