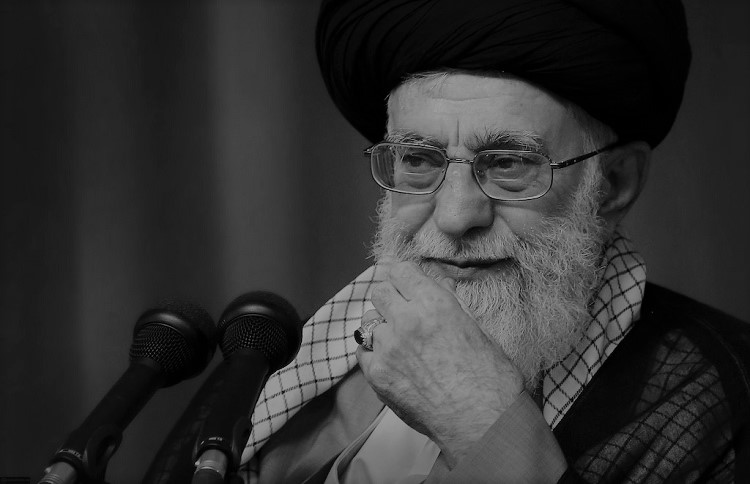 Iran’s supreme leader Ali Khamenei had repeatedly warned of an uprising in 2019 and predicted that this uprising, which he interpreted as a “sedition”, would be more severe than the uprising in 2018, and that the plan to overthrow the Iranian government in this uprising is very profound and broad.

This prediction was true because the people, especially the rebel youth, were looking for an opportunity to once again challenge the ‘regime’ and shake its pillars.

The height of the hatred of the people and their intention, especially of the rebellious youth, to overthrow the Iranian government at an opportune time, lead to the November protests, while they showed their anger and hatred towards the mullahs and give them a heavy blow. A blow that still haunts the leaders of the government and its forces.

Khamenei expressed his concern more explicitly about a possible uprising on 12 December 2018 and he prepared the regime’s forces to confront it. He said “everyone must be careful” and told the “dear nation”: “They said that in 2018 we are doing this, we are doing so, and have made plans for the Islamic Republic, in reality, their plan is leaked, this should be a deception; maybe they make the chaos in 2018, but have plans for 2019.” (Fars News Agency, 12 December 2018)

Khamenei, speaking to a group of military forces on 30 October 2019, with the knowledge of the extreme hatred of the people against him and his government and expressing fears about the size and scope of the people’s demands, advised them not to think of uprising and protest and, “to know that, even though they have demands and this demands are right, but they can only be met within the framework of legal structures.”

“The enemy wants to break down the legal structures. When there is no legal structure in a country, there is a vacuum and nothing can be done, no positive action can be taken.” (Khamenei’s website, 30 October 2019)

At the same meeting, in fear of a foreseeable uprising, he emphasized the readiness of his forces, saying: “Well, if sedition is worse than murder, then the security forces must take the necessary arrangement and order to counter the sedition. They should also be ready for sedition; this is what the apparatus should pay attention to.”

The November uprising came in a situation that, while the Rouhani government prepared for the gasoline price hike months ago, and state media had repeatedly rumored that the plan would be implemented, so that the shock of its implementation, would not force the people to take to the streets.

Following Khamenei’s repeated warnings about the uprising and the government and security apparatus’s assessment of the people’s reaction to the price of gasoline, various repressive forces and institutions were on full alert.

The government, law enforcement, intelligence and security agencies have also studied the situation and reported that they can control the situation in response to the people’s reaction to the gasoline price hike.

In this regard, Interior Minister Abdolreza Rahmani Fazli admitted: “We have been discussing the rise in gasoline prices for two years. We have had four scenarios. There were built by several working groups, one of which was the Security Police Task Force, which was approved by the Security Council, and the other was the psychological operations and accountability committee.”

“All discussions and analyses were done under the auspices of the Ministry of Intelligence, which had experience of covert and overt surveillance, as well as the IRGC and the judiciary …

People’s economic status was examined, for example, the stock market was forced to control the market. The Ministry of Industries, Mines and Trade will also control prices and prevent price growth, as well as the central bank will monitor the price of currency and gold.” (state-run Channel 1 television, 26 November 2019)

Considering that there was such readiness among the repressive forces and the relevant government institutions, and given that there was no element of surprise, the people did their job and inflicted a severe blow on the government.

Crucially, despite all the preparations the regime had to confront the people, Khamenei and the mullahs miscalculated the explosive potential of the community and the will of the people, especially the revolutionary youth.

The uprising of the people was so great and so shaky among the regime’s repressive and security forces that they were unable to confront it, preferring to flee in the early hours and the defenseless centers of the government were an easy target.

The impact of the November uprising was so powerful that the head of the IRGC, Hossein Salami, compared the intensity of the blow of the uprising to World War II: ”We are in a major world war, a war that has begun on our streets these days.”(State television News Network, 25 November 2019)

“The conspiracy was a very big conspiracy. Within a few days, we are aware of its various dimensions, despite having no analysis, no news, exact information”, said Ali Fadavi, deputy commander of the IRGC, in the context of the uprising. (State television News Network, 25 November 2019)