MEP Gets Vote on Crackdown on Iran Protests 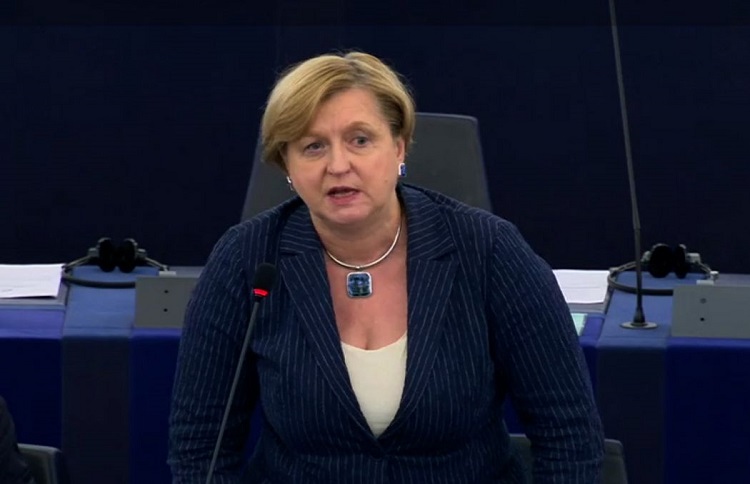 A European lawmaker has finally managed to secure a vote in the European Parliament regarding the violent crackdown on protests in Iran by the Iranian authorities.

Anna Fotyga, a Member of the European Parliament representing Poland, spoke about how important the right to protest is, especially for those living under repressive governments, and how the European Union should stand up for the people of Iran.

European lawmaker @AnnaFotyga_PE just managed to secure a @Europarl_EN vote for later this week on the violent crackdown on the #IranProtests.
“We already know that around 1500 people have been killed in Iran during the recent crackdown”#StopIranBloodshed

Speaking of behalf of the European Conservatives and Reformers (ECR) Group, Fotyga said: “Mr. President, I am a person of the long-standing experience of protests against Communism, so I know how vital and how important our voice is for those suffering.”

The former Polish Minister for Foreign Affairs continued:  “Of course, I understand that the majority has a say here. If the majority decides that it should be postponed until January, it will be done like this. At the least, I would kindly ask you, sir, to issue a statement. Parliament’s voice is extremely important.” 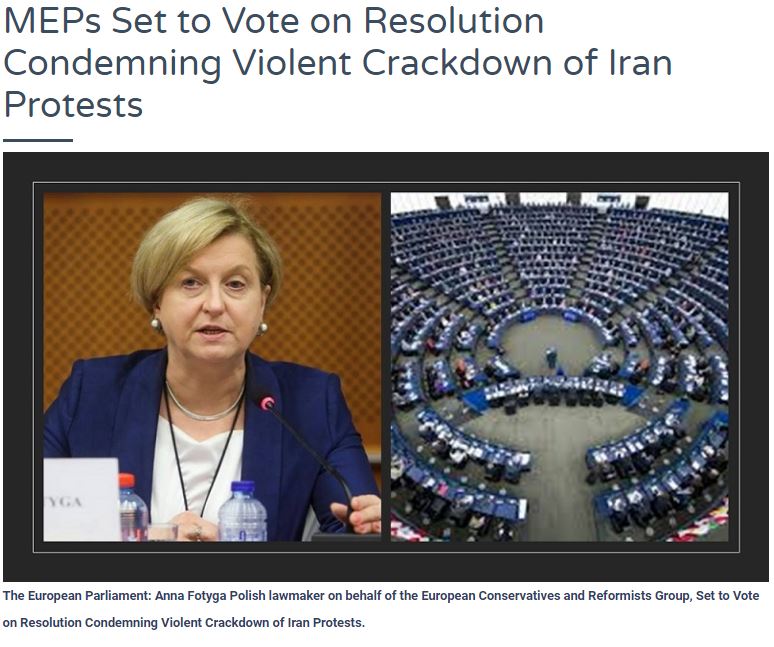 She advised that so far in the crackdown on the protests, 1500 people have been killed.

This figure comes from the Iranian Resistance who have sources all across Iran working to give information about the protests, despite the internet shutdown and the authorities’ other attempts to hide information. This figure should be considered the absolute minimum though, because the state security forces have been stealing the bodies of protesters from hospitals, or even where they died in the street, and burying them in unmarked mass graves. While the Resistance is working as hard as they can, we may never know the total dead.

There are also at least 4,000 wounded, but the Regime has been storming hospitals for patients with bullet wounds and either arresting them, which means taking them away from medical care, or killing them right there in the hospital room.

Meanwhile, 12,000 are arrested, which is a number of people so large that Iran’s overcrowded prison system cannot cope. The authorities are having to hold detainees in schools and government buildings. But that doesn’t mean these political prisoners are getting better treatment.

In fact, they are being threatened with the death penalty by senior officials and tortured by prison authorities, who hope to extract forced confessions to air on television.

Nothing about this is normal.