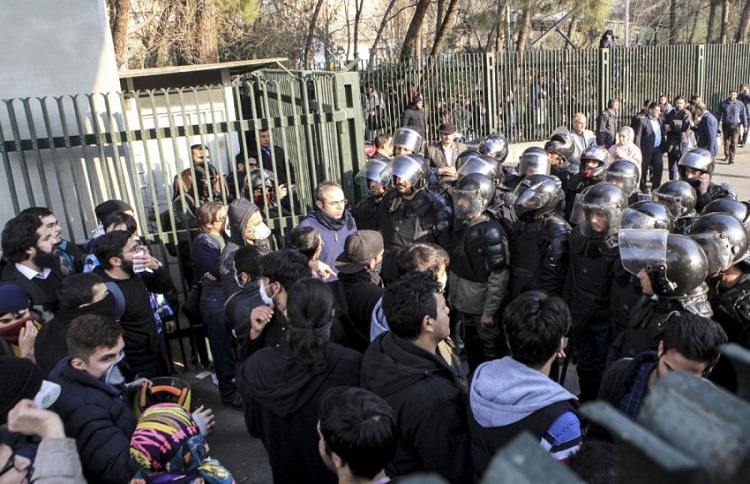 On December 18, the state-run Fars News Agency acknowledged that the chief of security forces in Kermanshah province Ali Akbar Javidan announced the regime’s oppressive apparatus arrested more than “250 ringleaders of riots” in this province alone.

Javidan’s admission is aired while other authorities previously attempted to conceal the real scope of the nationwide protests that took place in November. However, official sources have still not provided details about those killed, injured, and detained amid Iran’s November uprising.

“This morning [December 18], Commander Ali Akbar Javidan, among members of the press, informed that security forces arrested more than 250 ringleaders of riots in this province [Kermanshah] and stated, ‘These people made insecurity and riot in different cities of the province and encouraged more youths for chaos and street-clashes,’” the IRGC-owned News Agency Fars published on the same day.

The chief of security forces also revealed his concerns regarding upcoming protests by threatening and warning youths about the consequences of protesting against the regime. “Felony, inciting the people to create chaos and riot, damaging public properties and government facilities, breaking glasses of auxiliary and private vehicles, and attacking security forces and Basij personnel, were listed as these people’s [protesters] crimes,” Fars quoted Javidan in the same report.

Notably, the chief of security forces didn’t point out about crimes that committed by the regime’s oppressive apparatus including murdering more than 1,500 innocent people even children and old men and women. He is also silent about employing snipers against barehanded people and targeting them in heads and chests. Javidan also didn’t acknowledge the detainees whose bodies have been discovered in rivers and garbage containers in recent days.

Of course, Kermanshah’s chief of security forces doesn’t remember that how the burnt government financial facilities were lining their pockets with the poor people’s property and for how long creditors held rallies and sit-ins in front of robber institutes in hopes of getting back their money! It is also worth noting that Basij, which is a branch of the Revolutionary Guards (IRGC), was designated as a terrorist entity in April 2019.

Javidan said that several people were arrested on charges of propaganda against the regime in cyberspace and opposition channels. He also admitted to taking forced confessions from some of detainees, saying, “A number of detainees confessed to have communication with terrorist groups and enemies of the [Islamic] Revolution.”

Regardless of all claims raised by this security agent, the reality is that the heads of the Iranian regime remained in shock from the vast and rapid expansion of anti-establishment demonstrations. They are well aware that the root of protests has not been eliminated and other upheavals are expected any moment.

Iran Commits to Provocation Ahead of Start Date for New U.S. President