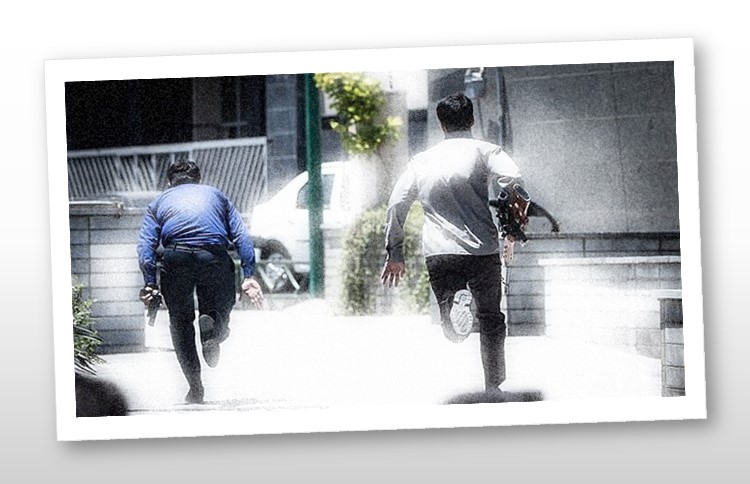 This report is based on statements by eyewitnesses in Iran whose names are being withheld.

These days, despite the Internet cuts and heavy censorship, more and more news is being released about the killing of defenseless people during the November Iran protests.

An eyewitness who said one of his relatives was injured in the protests, spoke about his hospital observations:

“One of our relatives was injured in the protests. It was about 6 pm when I went to Fatima Zahra Hospital. A few minutes later, several pick-up cars arrived in the hospital with plainclothes gunmen and a few IRGC soldiers.”

“From the very first minutes, people were led out of the hospital building by cries and intimidation, and after a few minutes, the hospital staff left the building. The plainclothes agents told the crowd, ‘An armed man has entered the hospital we’ve come to the hospital to arrest him. You should not stay here. Because you may be targeted!’ Some were frightened and left.”

“We stood worried in the yard and suddenly shootings started. It took a few minutes and then they were rushed out of the hospital without someone being arrested. At least we didn’t see anyone arrested!”

“First the hospital staff went in and then we the families. Whatever we insisted on, we were not allowed to meet our relatives until about 11 pm. Although families had been allowed to visit before this event, and some had seen their children, which were vigilant, they were only injured in the hand or had foot injuries.”

“At the last hour of the night, doctors and nurses came and told the families that your loved one had died! Due to lack of blood, heart failure, internal bleeding and similar excuses that do not fit our mind. We were also standing when a lady nurse came up to us.”

“She informed us that a 22-year-old youngster, who was from our family, had also died off because of heart failure. Her mother and sisters couldn’t believe it and said: ‘This must be wrong’. We saw that he was shot just in his leg; how is it possible that he died. But no one was accountable.”

“After seven days, the regime took a commitment from the family to say that thugs had killed their child, and they have no right to speak about it, and the burial should not take place in big cities. The body was then handed over to the family. At first, we were not allowed to see his face, but her mother was so restless that, finally they agreed that she sees his face for a few seconds.”

“As she opened the shroud, she cried and said that he has been shot in the head but was quickly silenced by fears that the security would hinder his burial, and she began to kiss her son and wept slowly. After the funeral was over, her mother said, ‘he was shot in the head.’ This was while in the protests he was shot from the back in the leg.”

In the wake of the brutal suppression of the people’s uprising in November, the suppression and killing of protesters by the Iranian regime have slowly come to light. What happened, according to eyewitness reports in Iran, is a crime against humanity.

Shooting protesters at point-blank range, attacking defenseless people with axes, knives, and machetes, targeting women or children who returned home from school, and killing protesters under torture – these were just some of the atrocities perpetrated by the government’s security forces. As the UN High Commissioner for Human Rights stated, the image that is emerging in Iran is very disturbing.

Security and plainclothes officials have taken many injured protesters from hospitals. An eyewitness from Tehran said: “I was talking to a friend who works at Tehran’s Labafi Nejat Hospital. He was saying that on the nights of 16-17 November, too many people were brought to the hospital while being shot in the eye, mostly from Karaj. Most of them were taken away by security guards at night or the next day without full treatment.”

Reports from various cities in Iran indicate that after protesters were arrested, tortured and murdered by IRGC’s intelligence, their bodies were thrown into a river or dam.

At the same time, photos of the bodies found in Isfahan River, Hamadan Lake, Karaj River, Ahvaz River and a dam in Sanandaj have been posted on social media.

Some activists said that these were the youths detained during the November protests. Some detainees’ families, who are still unaware of their children’s fate are worried that the security services will commit crimes against their children.

The larger game in the Middle East: Iran

New York Times: On a Tuesday afternoon in mid-March...

AFP: Japan on Thursday urged Iran to abide by...