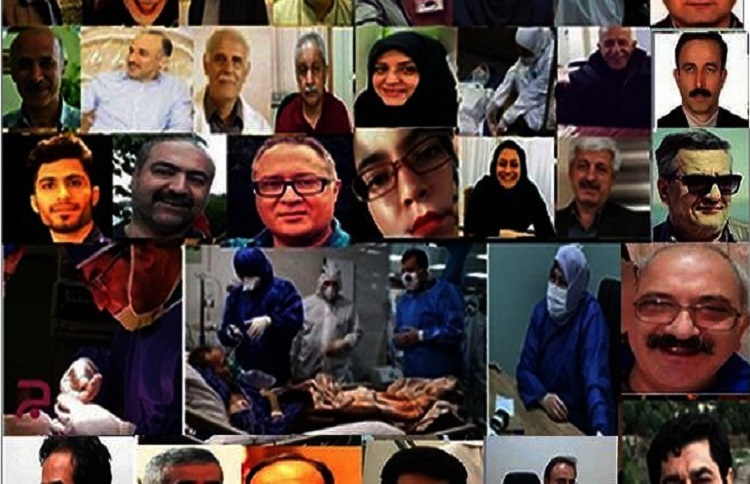 Some 38 medical workers were fired in one southwestern Iranian city after they held a protest rally to demand their wages that had not been paid for three months.

After organizing a meeting with the head of Friday Prayers in Dezful, and the Governor of Khuzestan Province to express their issues, three emergency workers were fired immediately and the other 35 were fired on Sunday.

At any time, these actions would be disastrous, but during the coronavirus (COVID-19) pandemic, it is unforgivable, especially when you consider that Khuzestan Province has the highest numbers of infections outside Tehran and Dezful has the second-highest number of cases in the province after Ahvaz.

The National Council of Resistance of Iran reports that 44,800 Iranians have died from coronavirus in Iran, with at least 3,495 deaths in Khuzestan province.

The director of the Dezful Emergency Centre, Mohammad Mahmoudinejad, claimed that the paramedics had not been fired, but they refused to work in protest over not receiving their wages.

He said that would be paid as soon as Dezful Medical Sciences University had the money, but that the coronavirus outbreak was putting a strain on their finances. He then changed tack and claimed that the Health Ministry and the Emergency Organization were responsible for giving the required money across.

Of course, he failed to note that there is enough money to pay medical workers for literally putting their lives on the line to treat patients during a pandemic if the mullahs would just dip into the hundreds of billions of dollars held in their foundations. This money is used by the regime to support its proxy groups, including Hezbollah.

These are not the first medical staff to be fired during this pandemic for protesting or other reasons.

There have been numerous reports since the beginning of April about medical workers, especially those on contract, being fired in several Iranian provinces, including Gilan, Mazandaran, and Isfahan.

Across the country, nurses were told they had to sign a new 39-day contract, far shorter than their existing ones, or be fired. Those who protested against the ridiculous decision during this troubling medical time were fired immediately.

In Shiraz, at least 30 medical workers from the Abu Ali Sina Hospital were fired on May 4 for participating in protests against wage cuts of 50% and also not receiving some wages from last year.

While medical workers at Mahshahr port held a protest outside the city’s petrochemical industry hospital over unpaid wages.

AFP: US President Barack Obama condemned as a "barbaric...

Iran: Arabs should back nuclear program